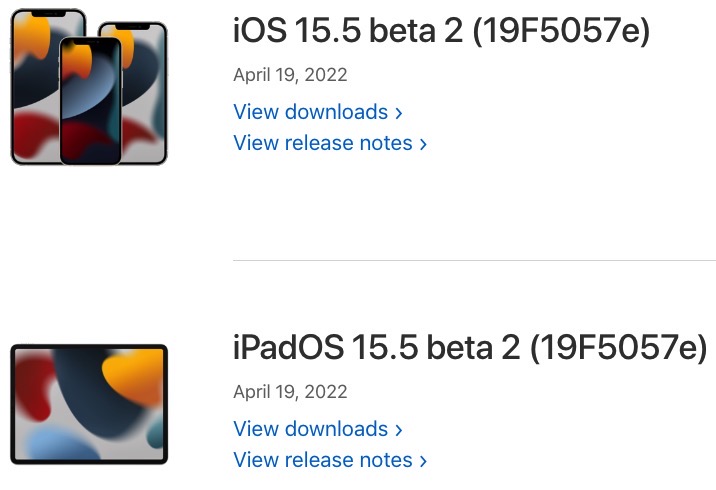 Apple has released a new round of beta software for developers, including iOS 15.5 beta 2 and more. Check out what’s available below:

No word on what the major changes are just yet, but stay tuned for updates. Equivalent downloads for public beta testers should be out later today or tomorrow.

Apple released iOS 15.5 beta 1 two weeks ago. Check out the video above to see what’s new from Zollotech.