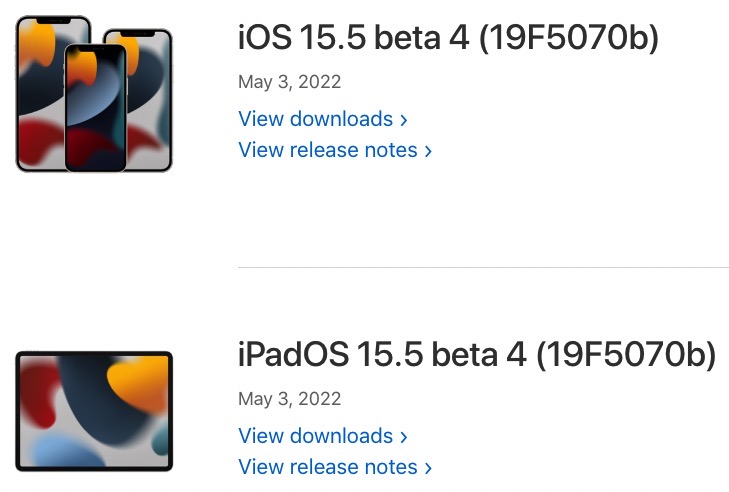 Apple released new beta software builds for developers to download and test on their devices today, including iOS 15.5 beta 4 and more. Check out what’s available to download below:

No word on what’s exactly new yet, but stay tuned for updates. Equivalent public beta builds should be out shortly.