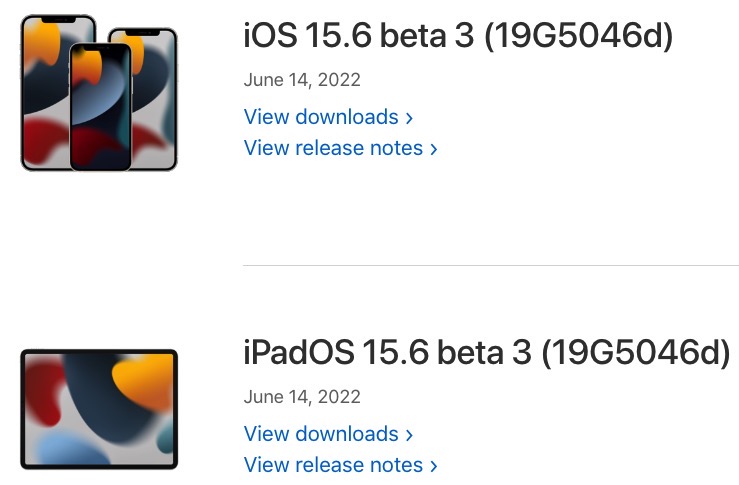 Apple has released a new round of beta software for developers, including iOS 15.6 beta 3 and more. Check out the downloads available now below:

The company won’t likely include major feature updates in its software updates leading to September, as that’s when iOS 16 and more will be released. Currently, developers have first betas of iOS 16, iPadOS 16, macOS Ventura, watchOS 9 and tvOS 16.

You can check out what’s new in iOS 15.6 beta 2 in the video above from zollotech. Equivalent public beta versions should be out shortly as well.