Results of Pfeiffer Consulting’s annual Mobile Operating System User Experience Benchmarks survey are out and as it appears, Apple’s iOS 7 tops the charts beating Android (as used on Samsung devices), Windows Phone 8 and BlackBerry 10 mobile operating systems. The study shows that iOS 7 is also rated higher than the older iOS 6, which itself is ranked at number 2. 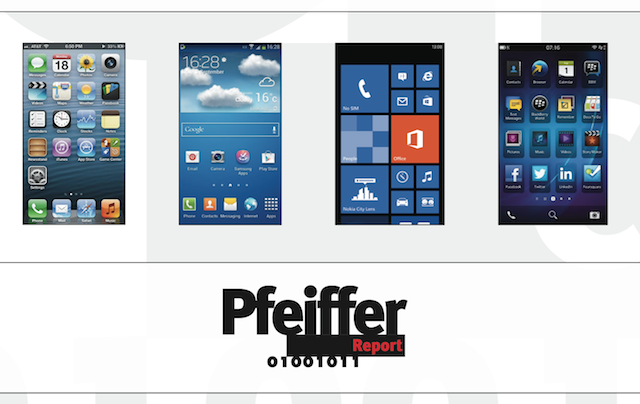 The survey calculates the usability of a mobile OS across four elements: cognitive load, efficiency, customization, and user experience friction. The mobile operating systems involved in the study included iOS 7, iOS 6, Samsung’s version of Android, Windows Phone 8 and BlackBerry 10. Looking at the results, iOS 7 triumphed with a 73.25 score followed closely by iOS 6 with a score of 70. Next came Android, Blackberry 10, with Windows Phone 8 pulling up the rear with a score of 47.25.

Here’s an interesting tidbit from the report:

“What separates the Android user experience from iOS 7 is not functionality, but feature-bloat and sloppy user interface design. In terms of user experience, less IS more.

But there is another issue for Android, and that is market fragmentation: The loyalty of Apple’s users is such that the company can be certain that millions of users will upgrade to a new release – and Apple’s marketing is working hard to increase the desire to do so. Android, by contrast is terrifyingly fragmented, with most users only upgrading when they change device. This is a problem that will be almost impossible to overcome – and can only get worse over time”.

If you’d like to know more details about the study, hit up this link.