Apple has released iOS 8.2 beta 3 to developers for download, build 12D5452a, available both over-the-air and in the Developer Center under downloads, plus Xcode 6.2 beta 3 with WatchKit. 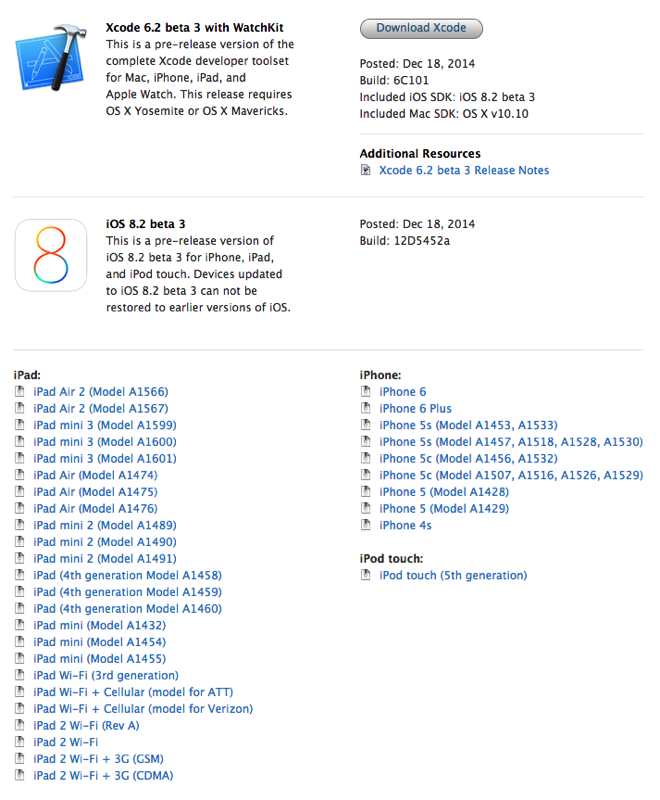 Eight days ago Apple released iOS 8.2 beta 2 to developers, which also included Xcode 6.2 beta 2 and WatchKit. There’s no word yet on what’s new in this version, but stay tuned for updates.

Amid the tools used by archaeologists for centuries i.e. trowels, buckets, brushes, and pickaxes, there’s a new piece of equipment, the iPad Pro, as highlighted by Apple in a new feature. “iPad is the perfect archaeology machine,” says Tulane University professor Dr. Allison Emmerson. who was part of the team that pioneered its use to...
Usman Qureshi
14 mins ago

Apple’s Stage Manager multitasking feature in iPadOS 16 is only for tablets with the company’s M1 chip, but that is now changing. According to Engadget, Apple told the publication Stage Manager is now expanding to older iPad Pro 3rd gen and 4th gen models when iPadOS 16 is released later this year. M1 iPad Pro […]
Gary Ng
58 mins ago