Apple has just released iOS 8.2 Beta 2 for developers, build 12D445d, along with a 6.2 beta 2 of Xcode with WatchKit. For iOS developers, the update is available as an over-the-air update as well. 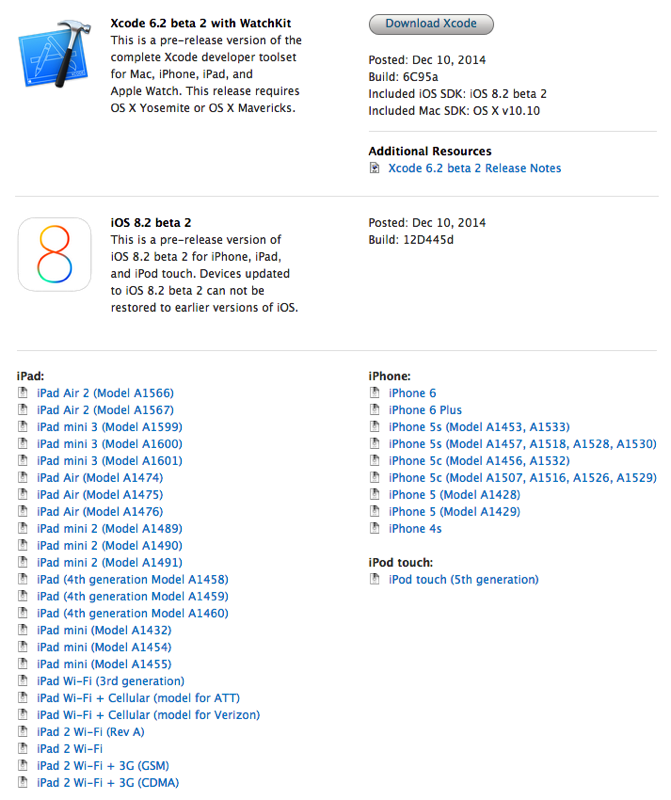 The release comes three weeks after the release of iOS 8.2 beta, which included the WatchKit SDK for the upcoming early 2015 launch of Apple Watch.

Yesterday, Apple released iOS 8.1.2 for the public, to address bugs and a fix for ringtone purchases not showing up on devices. Apple also updated its App Store Distribution page yesterday to note iOS 8 is now running on 63% of devices, as of December 8, 2014.