Apple has just announced the availability of WatchKit, the SDK for developers so they can start creating apps for Apple Watch, set to debut in early 2015.

“Apple Watch is our most personal device ever, and WatchKit provides the incredible iOS developer community with the tools they need to create exciting new experiences right on your wrist,” said Philip Schiller, Apple’s senior vice president of Worldwide Marketing. “With the iOS 8.2 beta SDK, developers can now start using WatchKit to create breakthrough new apps, Glances and actionable notifications designed for the innovative Apple Watch interface and work with new technologies such as Force Touch, Digital Crown and Taptic Engine.” 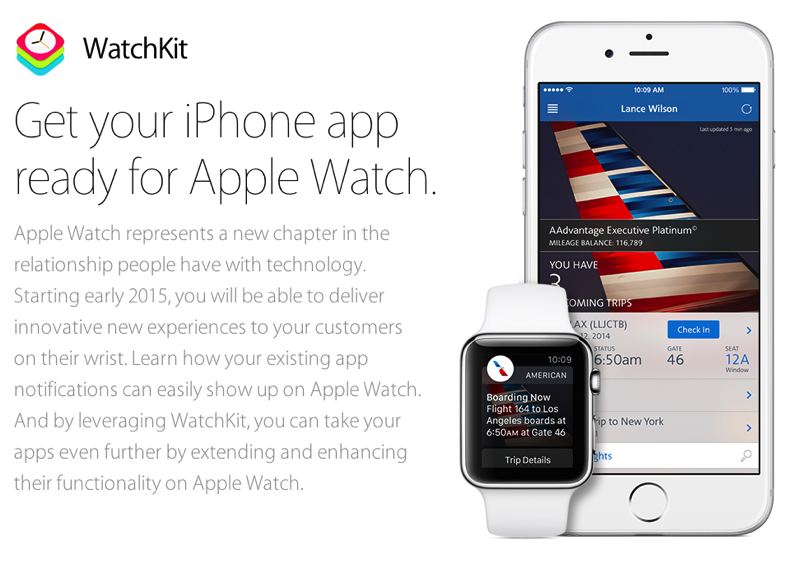 Below are the display resolutions for both devices, revealed for the first time: 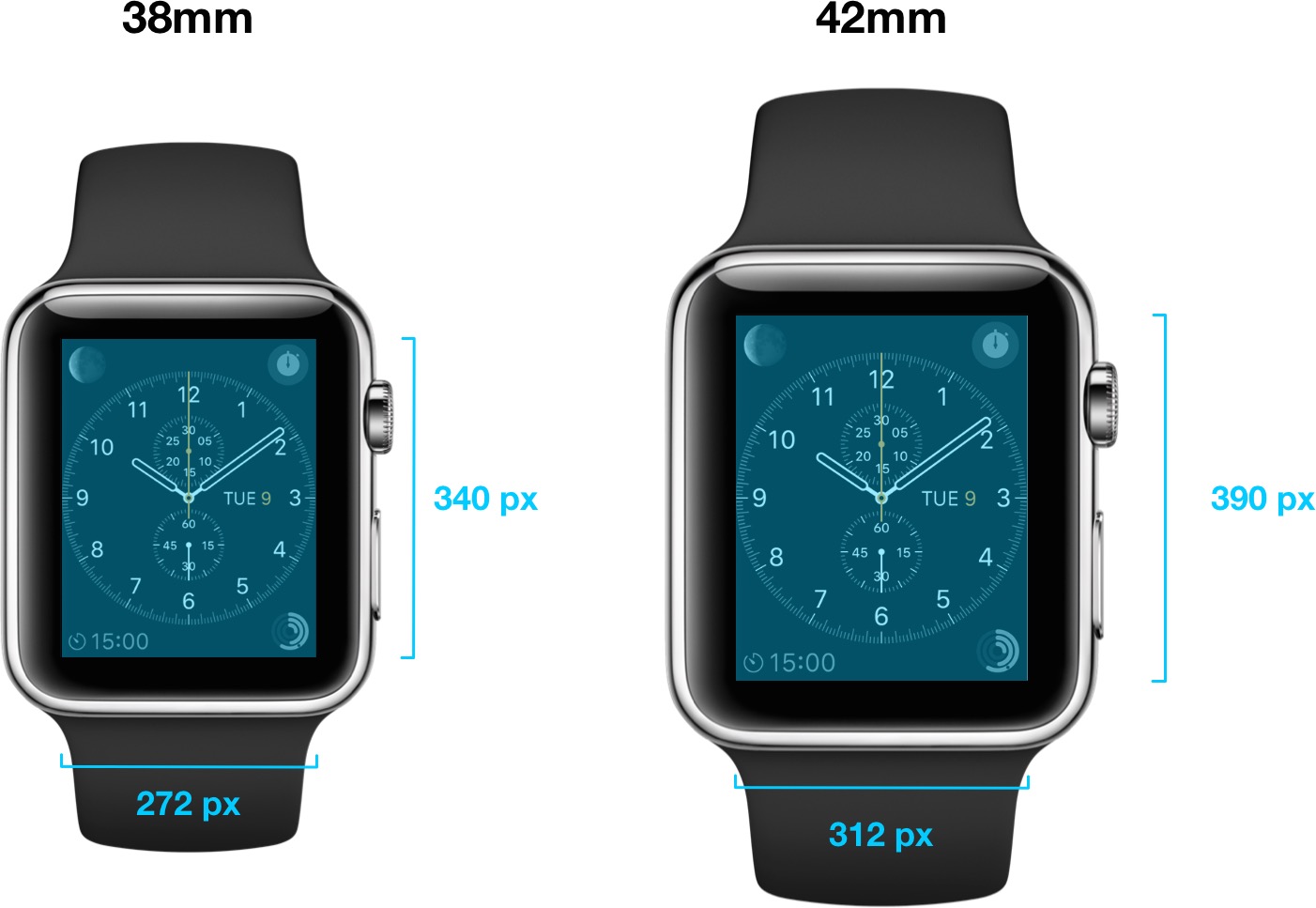 Apple Watch offers users a distinctly personal and unobtrusive way to access their data. Rather than pull an iPhone out of a pocket, a user can glance at Apple Watch and get important information quickly. Apps written for Apple Watch support these brief interactions by providing only the most relevant information in the most straightforward way possible.

The first apps confirmed for Apple Watch include ones from ESPN, Instagram and American Airlines.