Unicode 8.0 was released by the Unicode Consortium back in June, which included the one emoji Canadians have been waiting for (the Canadian flag landed ‘ages’ ago in iOS 8.3): the ice hockey stick and puck.

While the only way for users to express themselves with this new emoji was if Apple supported them, that has happened already with today’s release of iOS 9.1 beta.

That’s right baby, you will soon be able to send an ice hockey stick and puck to your friends once iOS 9.1 is out publicly, which should be sometime in early October we’re guessing, just in time for the start of the 2015-2016 NHL season.

The Next Web has posted an image of the new emojis in iOS 9.1 beta, which you can see below (we’ve highlighted the hockey stick and puck): 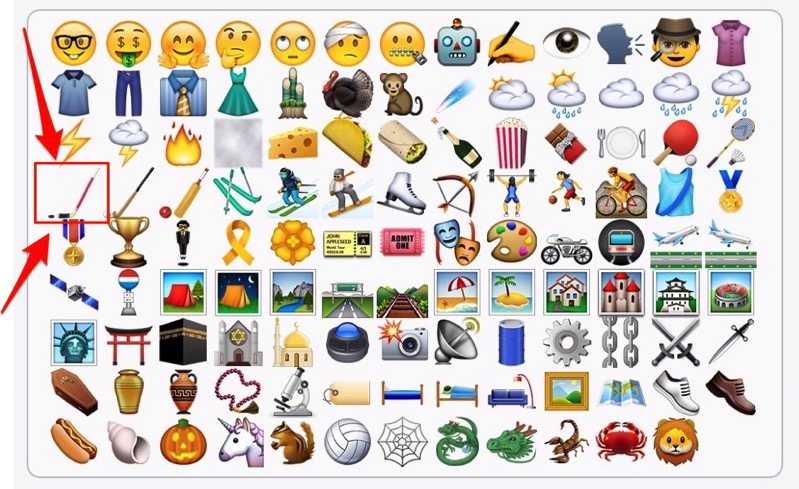 Apple didn’t hold back, as the ‘middle finger’ emoji was also included, plus some other miscellaneous ones. What’s your favourite emoji? Are you looking forward to passing the hockey stick and puck soon?

Apple has just teased a handful of new titles which will be added to Apple Arcade’s ever-growing catalog of games during the month of December. In a tweet posted earlier today, Apple shared the following three new games are coming to its gaming subscription service this month: Dead Cells+ by MotionTwin JellyCar Worlds by Walaber...
Usman Qureshi
39 mins ago

Twitter has today highlighted its continued commitment to promote and protect the public conversation, noting that it is now better positioned to realize its ambitions than ever before. "As you’ve seen over the past several weeks, Twitter is embracing public testing,” the social networking company said in a blog post titled 'Twitter 2.0.’ “This open...
Usman Qureshi
54 mins ago