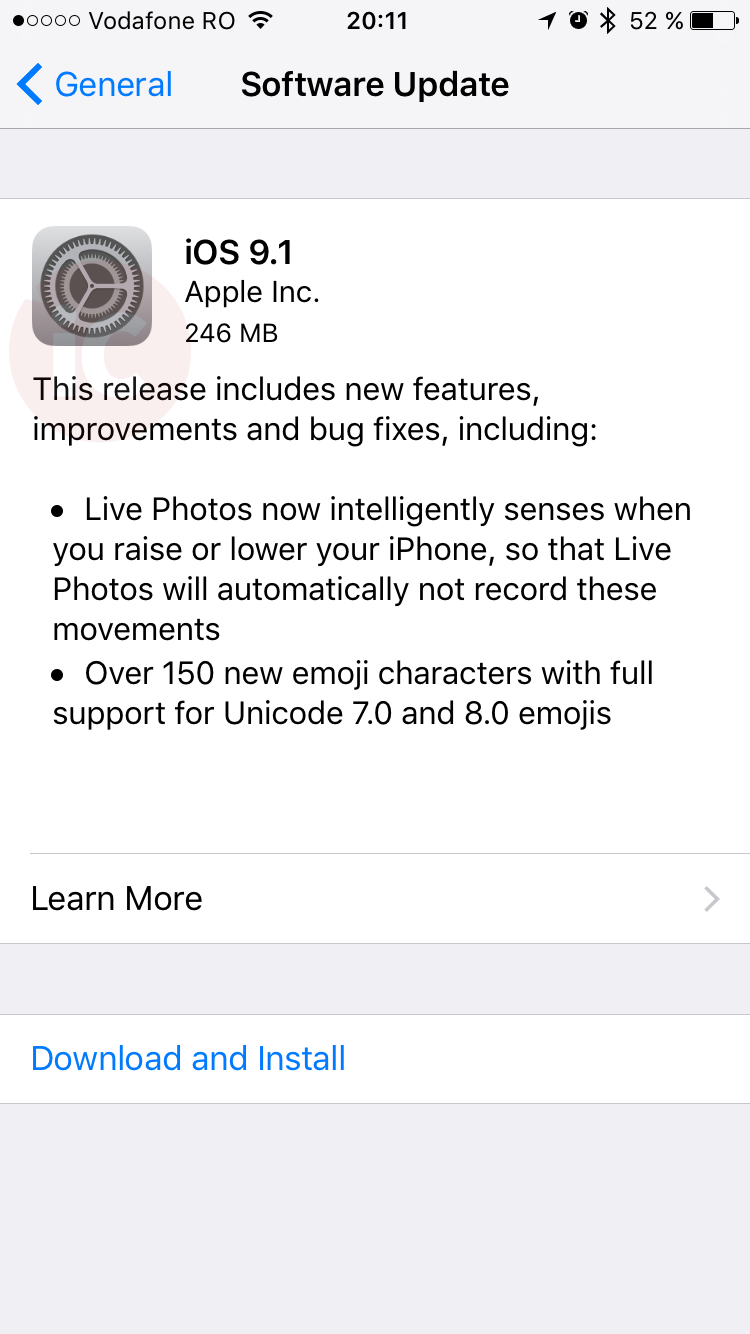 What’s new in this update? Live Photos “now intelligently sense when you raise or lower your phone, so that Live Photos will automatically not records these movements.” Also, this update brings 150 new emojis, supporting Unicode 7.0 and 8.0 (such as the hockey stick and puck emoji).

Update: We’re seeing this update over-the-air now on our iPhone and it’s downloading and installing. For those asking about Apple Pay, it’s not supported in this update if you thought it would appear magically.