Apple has released iOS 9.2.1 for download, coming in at 41.1MB for iPhone 6s Plus users. The release notes explain “this update contains security updates and bug fixes including a fix for an issue that could prevent the completion of app installation when using an MDM server.” 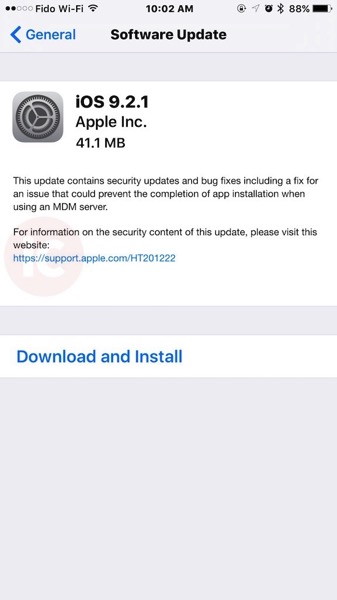