According to the latest data collected by Good Technology regarding mobile device activations among enterprise customers over the second quarter of 2012, Apple’s iOS devices continues to dominate with the iPhone 4S at the head of the pack (via Electronista). The analysis reveals that even though Android smartphone usage is also doubling, the iOS devices account for twice the number of Android devices activated in enterprise in Q2. It is worth pointing out that top four spots in the list of top 10 devices activated in enterprise during Q2 2012 are occupied by iPhones and iPads. 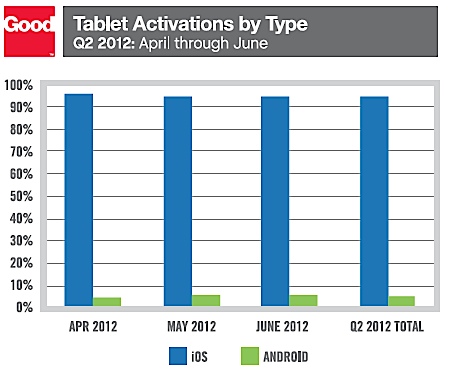 According to a seperate survey sponsored by Good Technology, more than 80 percent of American employees continue business-related communication from their mobile devices after they have left the office. The amount of usage averages seven hours per week — adding up to more than a month and a half of (typically unpaid) overtime per year.

Android is experiencing a 10 percent quarter-over-quarter growth, mirroring a similar gain seen in 2011 when the latest iPhone hardware had been on the market for a year. 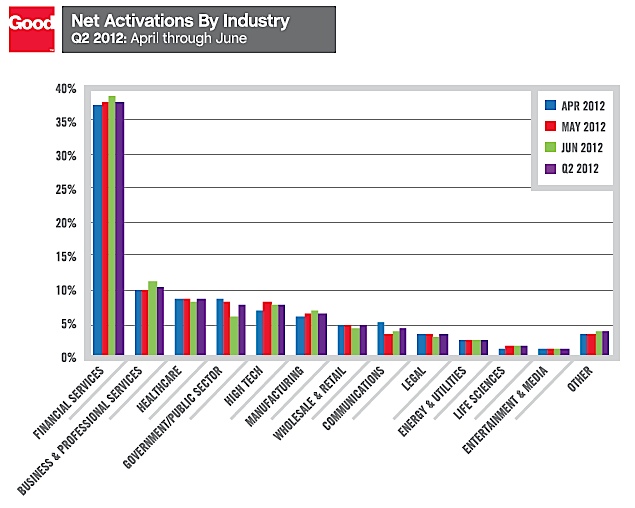