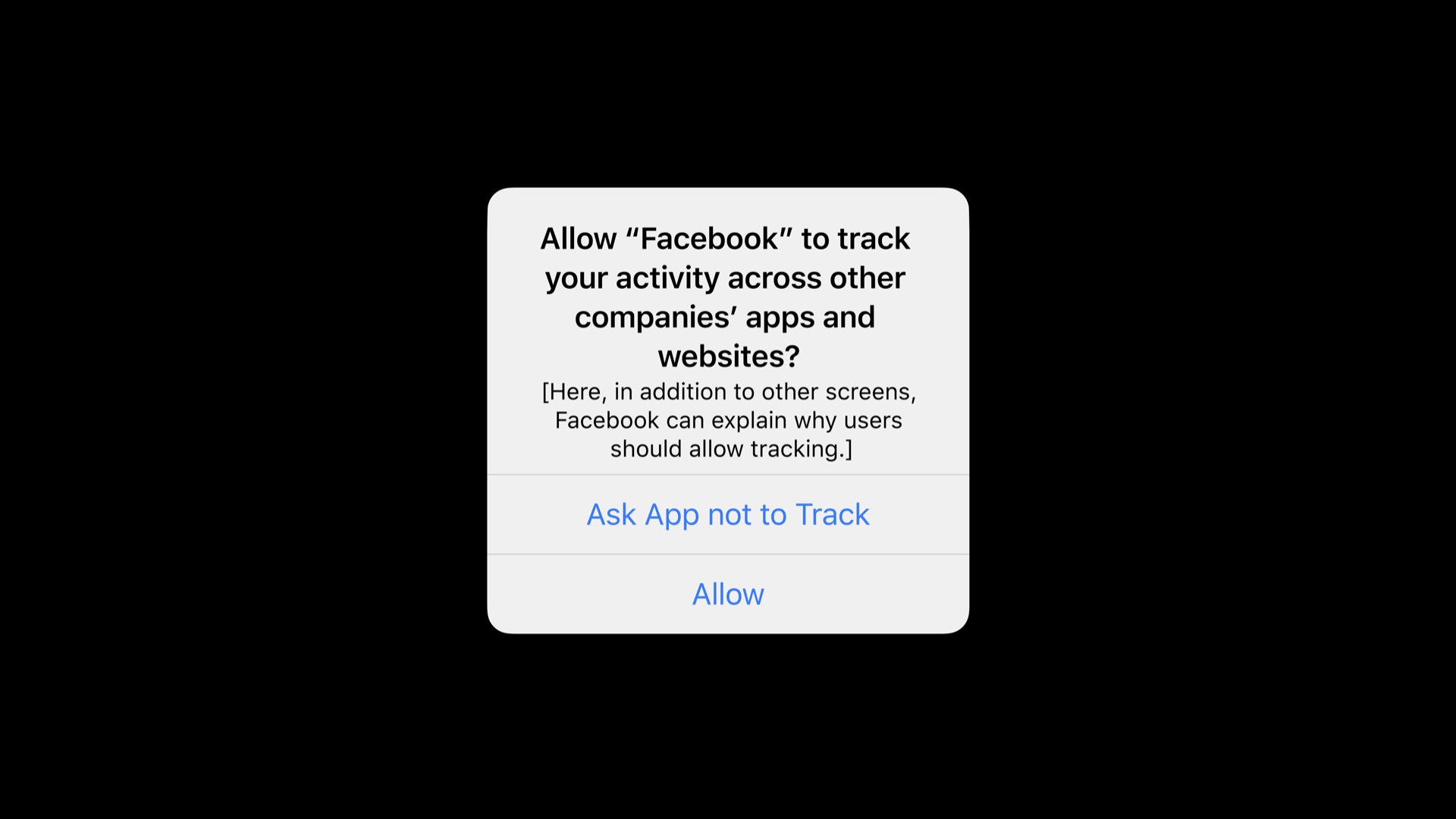 Hidden behind Facebook’s facade of compassion and ‘standing up for the little guy’ are unsurprisingly self-serving ulterior motives, reports WIRED.

Apple recently announced it would place control of their data back into users’ hands with its upcoming AppTrackingTransparency framework for iOS 14 that lets users choose whether or not an app is allowed to track their activity and collect data across other third-party apps on their device.

Following the announcement, Facebook took out full-page ads in multiple publications attacking Apple for the changes, deeming them “devastating” for small businesses.

Apple was quick to fire back, and the fact of the matter is that Apple’s changes still allow some data collection practices under the new framework, and ask the user for permission for the rest.

Facebook’s ads state that 44% of “small to medium businesses started or increased their usage of personalized ads on social media during the pandemic,” and that the “average small business advertiser stands to see a cut of over 60 percent in their sales for every dollar they spend.”

Dissecting these statements, businesses simply increased ad volume on social media during the pandemic because people sat comfortably in their homes, social media marketing became the best way to reach target audiences. And Facebook simply happens to have a monopoly in the space.

In addition, the latter statistic assumes that businesses will still continue advertising on Facebook after Facebook ads are made less effective — which won’t actually happen, as Facebook has already announced changes it will make in compliance with Apple’s new framework to maintain the effectiveness of its ad services.

Facebook and its affiliated data brokers and marketing networks do, however, stand to lose the unfettered access they have enjoyed to user data on an unprecedented scale until now, which is presumably what the social media giant’s anti-Apple campaign is actually about.

Apple’s changes won’t spell the end for targeted ads, but they will certainly require the digital ads industry to adapt and usher in a new era of transparency and privacy awareness.

Apple's long-awaited AR/VR headset may not start shipping until the second half of 2023 due to a delay caused by some "software-related issues," according to TF International Securities analyst Ming-Chi Kuo. Kuo previously had the headset pegged for a second-quarter release. He said in a tweet that his sources indicate components for the mixed-reality headset...
Nehal Malik
40 mins ago