Apple launched its Single Sign-On feature yesterday for U.S. customers, a feature which allows TV subscribers to sign into their accounts once, and gain widespread access on iOS and tvOS apps, reports MacRumors.

Sign in to your cable or satellite-TV provider on your iPhone, iPad, iPod touch, or Apple TV. Then enjoy instant access to supported video apps that your pay TV subscription includes.

Here are the iOS and tvOS apps which support Single Sign-On, but it appears some iOS and tvOS versions haven’t been updated concurrently yet:

How to sign into Single Sign-On on your Apple TV, according to Apple? First you’ll need to ensure you have tvOS 10 or later installed, then go to: 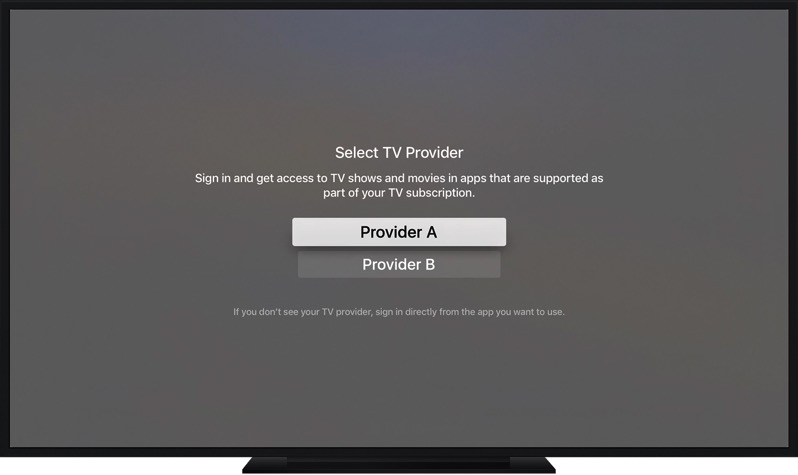 From here, you’ll choose your TV provider and login with your credentials.

To setup Single Sign-On on your iOS device, you’ll need iOS 10 or later. Just navigate to:

From here, just login to your provider account details.

American users also get the new TV app which helps consolidate all available media. Single Sign-On is limited to the U.S. only for now, so that means it’s unavailable in Canada.

If Single Sign-On were to launch here, we would predict support from Bell Fibe TV and Rogers Sportsnet NOW, as both apps support live TV and have tvOS apps. We would also assume Shaw would jump on board too, since they have FreeRange TV for iOS (but not tvOS yet).