Here’s Why iPad Does Not Have a Native Calculator App

Ever wonder why Apple does not ship the iPad with a built-in calculator app like the iPhone or the iPod? Well, according to a recent Reddit post by a user who is claiming to be a former Apple employee, the reason involves “Steve Jobs being a perfectionist”, Cult Of Mac reports. If this is actually true, it must be pointed out that Jobs has been involved with the calculator app, during the development of the original Macintosh as well. 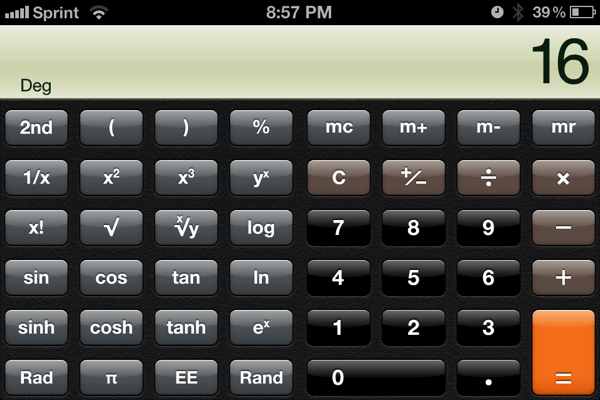 It is actually a funny story. When they were prototyping the iPad, they ported the iOS calc over, but it was just stretched to fit the screen. It was there all the way from the beginning of the prototypes and was just assumed by everyone at apple that it was going to be shipped that way. A month before the release, Steve Jobs calls Scott Forstall into his office and says to him, “where is the new design for the calculator? This looks awful” He said, “what new design?” This is what we are shipping with. Steve said, “no, pull it we can’t ship that”. Scott fought for it to stay in, but he knew he had to get their UI team involved to design a new look for the calculator but there was no way they could do it in that short time frame, so they just scrapped it. It has been such low priority since then that no one cares to work on it since there is more important things to work on. (Source: I worked at Apple)

Back in the days of the original Mac’s development, Jobs criticized the concepts his engineers came up with, until the creation of a customize-your-own-calculator-UI program called the “Steve Jobs Roll Your Own Calculator Construction Set”. He spent 10 minutes working with the software before coming up with a design that finally met his standards.

Steve Jobs’ final calculator design for the Mac was the one which remained the standard calculator tool for the next 15 years.

P.S. Gary asked Scott Forstall on Twitter to verify if the story is indeed true. Still waiting for a reply though!