Apple Stores in Canada launched sales at 8AM local time to offer the company’s newest iPhones and Apple Watch. If you have an Apple Store in your area, Apple.ca offers Reserve and Pick Up at this link here. But as of writing, reservations are unavailable due to low stock, but should change as we head deeper into September and October.

As of writing, iPhone 11 Pro and iPhone 11 Pro Max are sold out online, as next online orders won’t arrive until the week of October 8-16. As for iPhone 11, online delivery dates are showing September 27.

Other Apple Stores worldwide, such as the Apple retail store in Tokyo, saw customers line up to get their hands on iPhone 11 and more. Below is an image Apple shared in a press release: 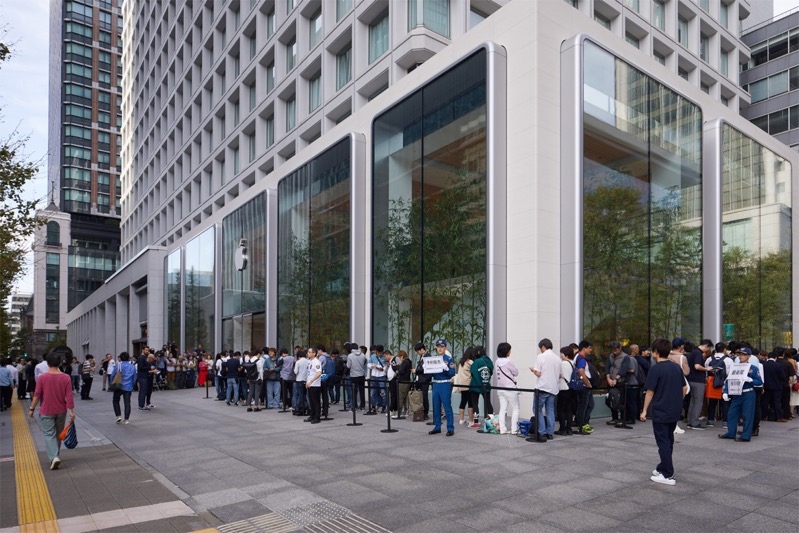 Did you get your precious iPhone 11, iPhone 11 Pro, iPhone 11 Pro Max or Apple Watch Series 5 today? I’ll be waiting at the front door like a puppy dog for my UPS driver. #pleasedontcomeherelast

Quora has just opened public access to its AI chatbot ‘Poe,’ which lets people ask questions, get instant answers, and have back-and-forth conversations. Poe allows users to ask questions from a range of AI chatbots, including those from ChatGPT maker OpenAI, as well as other companies like Anthropic. Quora’s chatbot is currently available on iOS, but...
Usman Qureshi
12 hours ago