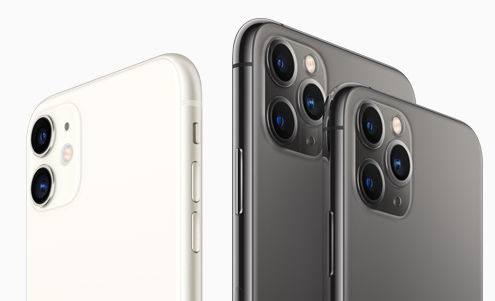 The first early reviews of Apple’s iPhone 11, iPhone 11 Pro and iPhone 11 Pro Max are out, published by press invited to the company’s September special event and granted early access to this year’s newest iPhones.

The overall consensus with the reviews is the triple-rear cameras are fantastic on iPhone 11 Pro models, while extended battery life on the latter is also impressive. As for the iPhone 11, again people are saying it’s a worthy model itself and you may not need to fork out extra cash for the Pro models.

Here’s a roundup of reviews to keep you busy this Tuesday, in no particular order…

Apple launches its iPhone 11, iPhone 11 Pro and iPhone 11 Pro Max this Friday, September 20. Early pre-orders from Apple.ca are in the ‘preparing to ship’ phase and will most likely move to ‘shipped’ early Thursday morning.

What are your thoughts on Apple’s newest iPhones after reading these reviews? We’re excited to try out the new ultra wide-angle lens on the Pro and also Night mode (not supported on the ultra wide angle camera, btw).

This post will be updated with more reviews as they are published today, refresh for updates.