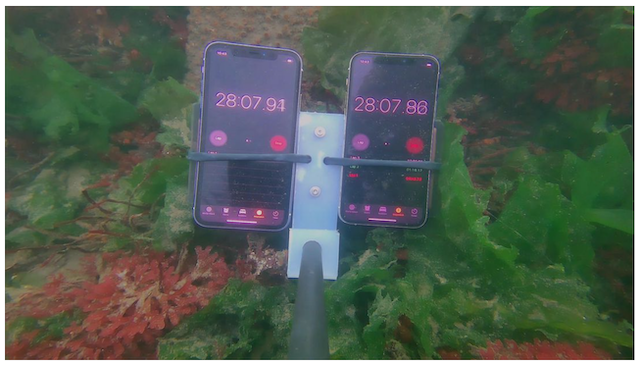 To find out how deep Apple’s latest flagship iPhones can be taken outside of the official ratings, the folks over at CNET have pushed these devices to extremes in an underwater drone test.

Here’s how they performed the test:

“Teaming up with Sofar Ocean Technologies (formerly known as OpenROV), we mounted a brand-new iPhone 11 and 11 Pro on its underwater drone, Trident. It can reach depths up to 328 feet and can be controlled from your phone. We sent the Trident deep down into Monterey Bay in California on a chilly fall day to see what would happen to the iPhones.”

Check out the video below for the full test and let us know what you think.