An Apple employee has recently been spotted by Cult of Mac in Silicon Valley, wearing an updated Apple Maps backpack rig powered by iPhone 11 Pros. Apple appears to have redesigned its data-gathering backpack with a new hardshell cover and at least three iPhones attached to it for capturing images. 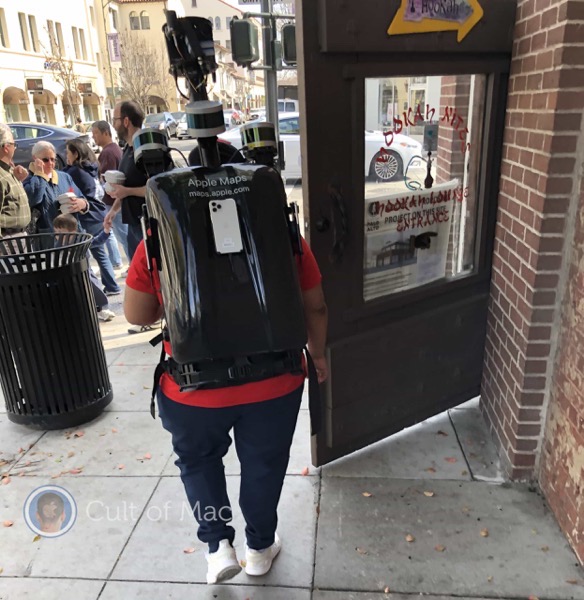 The Apple employee wearing the new Apple Maps backpack rig was spotted in Palo Alto, California, at the intersection of University Avenue and Ramona Street. Alongside the iPhone 11 Pros, three LiDAR sensors also sit atop the backpack with what appears to be a positioning system on a pole above them.

While it remains unknown what Apple is hiding inside the hardshell cover, it is possible the sensor-laden rig has a battery and a processor unit of some type underneath it.

Apple hasn’t commented on the Apple Maps backpacks publicly. However, they could be used to gather data for the Look Around feature added to Apple Maps in iOS 13. Apple’s answer to Google’s Street View, the feature gives users a pristine view of the street-level environment at certain locations.

Apple continues to spend billions upgrading its Maps service which got off to a pretty bad start back in 2012.