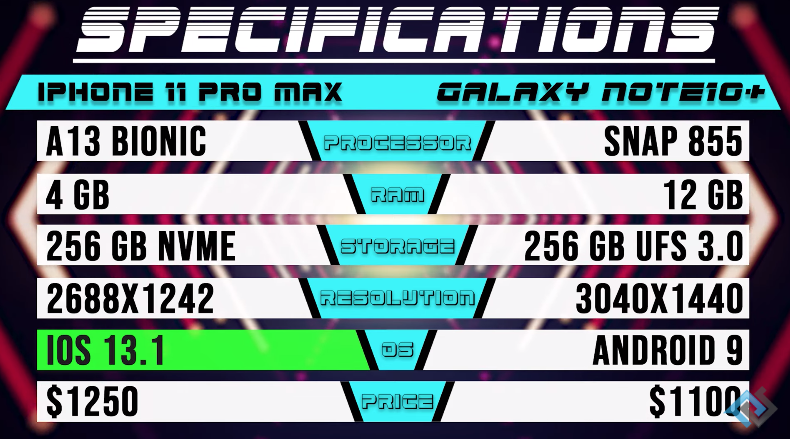 The speed test runs through a list of apps and then goes back to them again to test multitasking capabilities. Of course, this doesn’t reflect real-life usage, but it’s interesting to see nonetheless, to see the optimization of iOS 13.1 and “only” 4GB of RAM in the iPhone 11 Pro Max versus the 12GB of RAM in the Galaxy Note 10+.

In the end, while the iPhone 11 Pro Max had an early lead on the Galaxy Note 10+, but was unable to keep Adobe Rush, Microsoft Excel and Word open, allowing the Samsung smartphone to come back and win the speed test in 2 minutes and 31 seconds, beating the iPhone 11 Pro Max by six seconds.