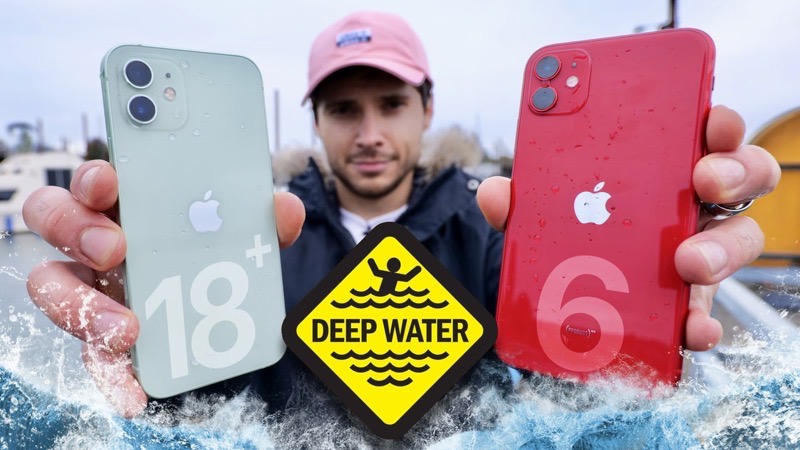 EverythingApplePro has put Apple’s newest iPhone 12 to an underwater test, while also putting the iPhone 11 to the same test.

The underwater stress test sees both iPhones submerged into a lake in the Pacific Northwest.

Bottom line: both iPhone 12 and iPhone 11 remained unfazed from being submerged to 9.1 metres (at least 25 feet) for 21-ish minutes. Everything worked fine and there were no issues, even after drying off. Very impressive.

“iPhones now, you do not need to worry about fresh water. IP68 at 6 metres is no joke,” says the YouTube channel. “The iPhone 12 truly is the most waterproof iPhone yet,” said EAP.

You can check out the iPhone 12 and iPhone 12 Pro drop test by EverythingApplePro as well, which put the new Ceramic Shield screen to the test.

Apple recently launched its iPhone 14 series of devices, introducing the new 'Plus' model to the fold. The 6.7-inch device joined the standard iPhone 14 as part of the entry-level offering. However, prior to its official reveal, the iPhone 14 Plus looks to have been called the 'iPhone 14 Max.' According to Dutch blog iCreate (via...
Steve Vegvari
58 mins ago