iPhone 12 Design May Have Been Leaked

Apple’s iPhone 11 series has only been on shelves for a mere four months. However, many are already looking ahead and wondering how Apple will ring in the new decade when it comes to their smartphone offerings. It appears as though we may have gotten our first look at the next-generation iPhones.

Forbes has translated a report stemming from Macotakara. For the uninitiated, Macotakara was the outlet that revealed Apple would remove the headphone jack on the iPhone 7. According to the Forbes article, Macotakara has obtained images of the 3D printed mockup of a higher-end iPhone 12—a successor to the iPhone 11 Pro Max if you will. 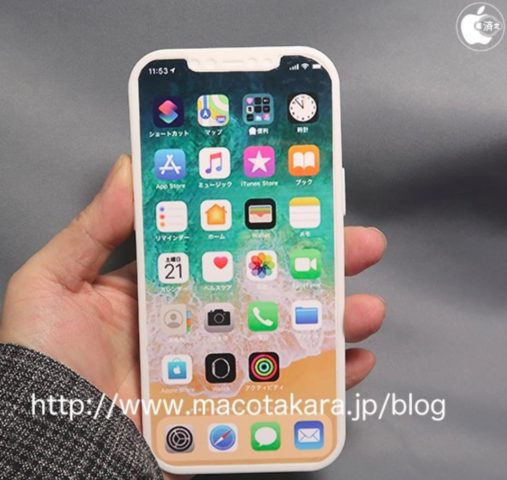 The mockups show a shockingly similar design when compared to contemporary iPhones. Apple has a track record of rejuvenating the design of their phones every some odd years. If the mockup Macotakara has on their hands is indeed an accurate representation of the next iPhone, the design changes are a bit underwhelming.

For instance, the overall size of the new phone is almost identical to the iPhone 11 Pro Max. The iPhone 12 in question sports a 159mm x 78mm x 7.1mm design. The only notable difference is the thickness. For comparison’s sake, the iPhone 11 Pro Max has an 8.1mm thickness, in accordance with the larger battery.

Additionally, the iPhone 12 has slightly more angled edges as opposed to the heavy curves featured on iPhone 11 and iPhone X.

One aspect of the mockup has stumped Macotakara, however. On the left side of the 3D printed phone, a small connector can be found. According to the report, it appears to be in the shape of a magnetic connector, similar to the iPad Pro.

It seems as though many of the new features of the iPhone 12 will be from an internal lens instead of a drastic cosmetic overhaul. Apple seems to be satisfied in the overall design of the current iPhones and with the leap to 5G imminent, perhaps efforts are best spent on internal components.