Using ‘‌iPhone 12’‌ dummy models which have been produced in China based on leaked schematics and thus are believed to represent accurate sizes of the upcoming new iPhones, the folks over at MacRumors have shared a side-by-side size comparison of the ‘iPhone 12’ lineup with the older iPhone models. 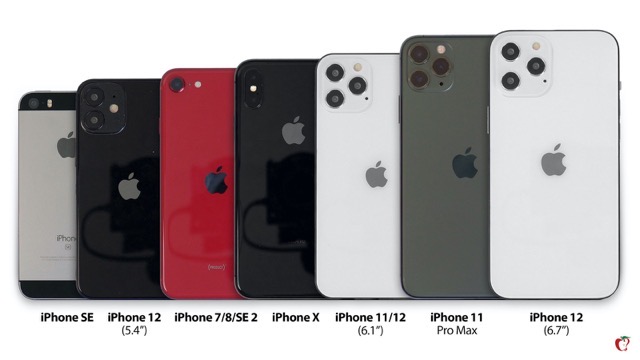 We took photos of the models alongside our existing ‌iPhone‌ models to composite this image which shows the relative sizes of various iPhones. Note: the iPhone 11 Pro is essentially equivalent to the ‌iPhone‌ X in size, and the iPhone XR is the same size as the ‌iPhone 11‌ and 6.1″ ‌iPhone 12‌.

Take a look at the image below and share your thoughts with us in the comments section.