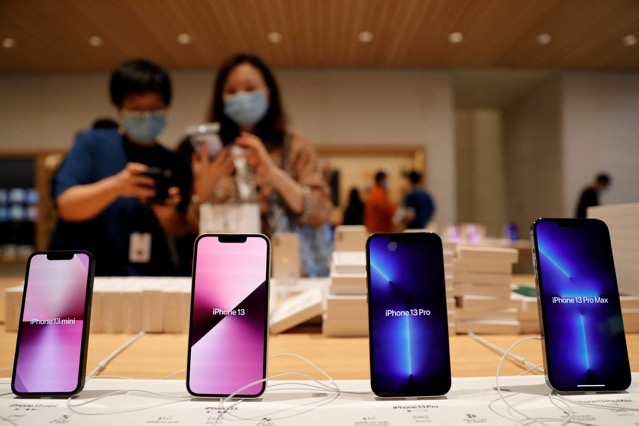 Samsung unveiled its flagship smartphone lineup for 2022 — the Galaxy S22, S22+, and S22 Ultra, at its Galaxy Unpacked event on Wednesday, with pre-orders starting the same day.

Comprehensive performance benchmarks from PCMag reveal that the Galaxy S22+ and S22 Ultra, powered by the Snapdragon 8 Gen 1 chipset, eclipse all other Android devices the publication has tested to date, but still pale in comparison to Apple’s iPhone 13 Pro Max and the A15 Bionic under its hood.

And all that when the Galaxy S22 is Samsung’s latest and greatest, while the iPhone 13 has already been on the market for around four months and Apple’s 2022 flagship is due to hit shelves later this year. 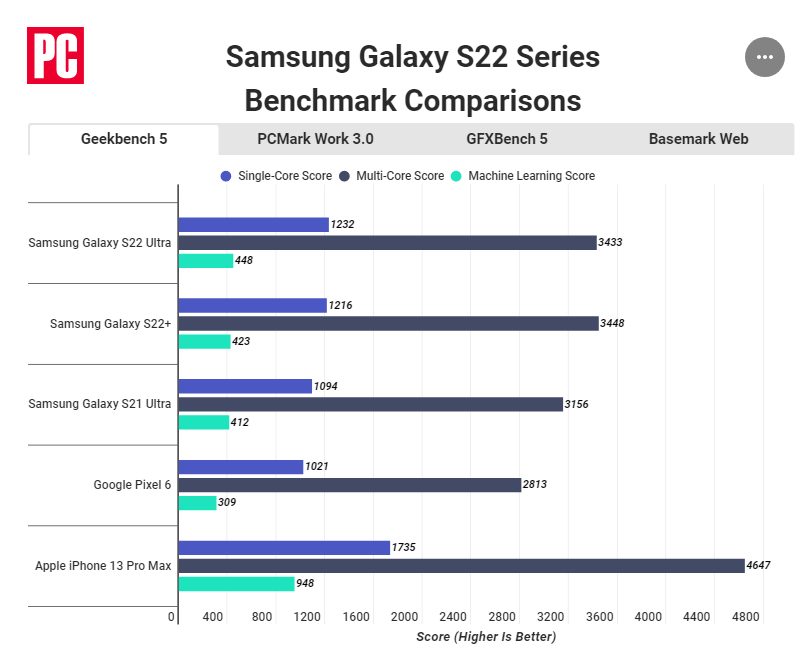 That’s not to say the Galaxy S22 doesn’t perform well, though — its scores are the highest of all other Android devices PCMag has benchmarked.

The results indicate a 13% gain in single-core performance and a 9% increase in multi-core performance as compared to last year’s Snapdragon 888, and both Galaxy S22 models also smoked the Google Pixel 6 and its Tensor chip.

On Basemark Web, the iPhone 13 Pro Max posted double the performance of any Galaxy S22 model. However, web benchmarks also come down to the differences between Apple’s Safari browser and Google Chrome on Android phones.

The Galaxy S22 is unarguably an improvement over anything the Android side of the battle previously had to offer, but it simply isn’t enough to overtake the iPhone 13 in performance.

During their testing, PCMag also uncovered some rather curious heating issues on the Galaxy S22, with the phones throttling performance harder and faster than their predecessors.

The publication found that both Galaxy S22 models throttled to 75% of their peak performance after just 15 minutes of testing under load. This could be caused by a software issue, so there is hope that a fix could be shipped in a future firmware update.

PCMag also recently published their initial comparison of the iPhone 13 and Galaxy S22 lineups, weighing the value propositions of each.