iPhone 13 Reserve and Pick Up in Canada is Available

Apple is again offering its Reserve and Pick Up option for iPhone 13 and iPhone 13 Pro orders in Canada. This option lets customers configure and order their iPhone of choice online, but pick it up in store on launch day.

Right now, iPhone 13 Pro Max 256GB in Sierra Blue, for example, appears to be the popular phone this year. It was showing as available at a tonne of Apple Stores across Canada but for now, you can pick it up at DIX30 in Brossard, Quebec, as one location still showing reserve stock. 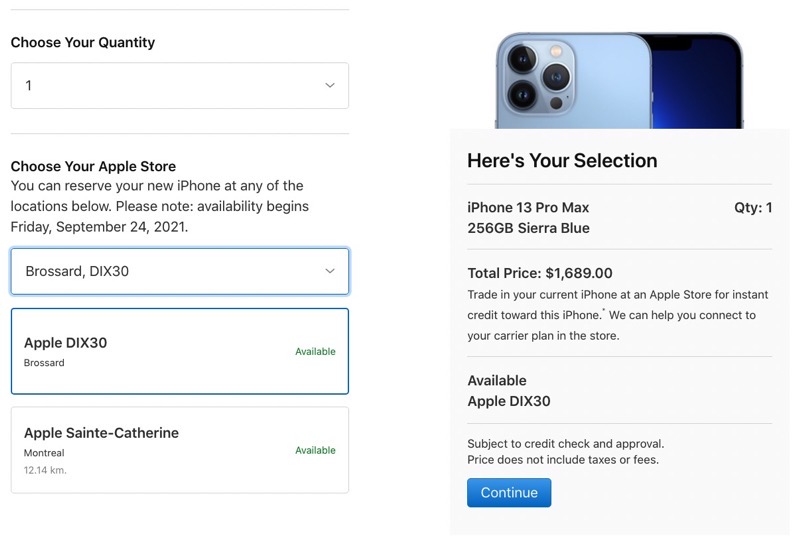 Benefits of Reserve and Pick Up include getting your iPhone on day one without having to wait by the front door for the UPS like a puppy.