YouTube channel EverythingApplePro has just published a new video showing detailed 3D renders of the upcoming iPhone 14 Pro and iPhone 14 Pro Max flagship devices, based on all the recent rumours and leaked schematics. 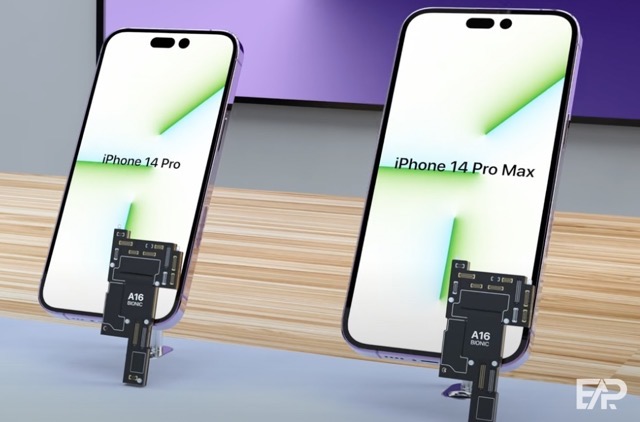 “It doesn’t appear that much has changed at first glance,” notes the YouTuber, although a closer look reveals the earpiece has been repositioned higher in the phone. He also says that the schematics “absolutely confirmed” the new dual-hole punch on the Pro models with the standard iPhone 14 retaining the notch.

“Another surprising change that I didn’t notice at first but then I cannot not see is the increased corner radiuses alongside thinner bezels which are getting 21% thinner. You’ll have more screen but less bezel and more of a pleasant rounded shape which is going in the direction of the Series 7 Apple Watch.”

You can also see a huge 48-megapixel rear camera lens for 8K in the renders, as well as a new purple color, satellite functionality, and more.

Watch the full video below and share your thoughts with us in the comments section.