New CAD renders that allegedly depict the design of the iPhone 14 Pro have revealed we might not be getting the big iPhone redesign many expected. 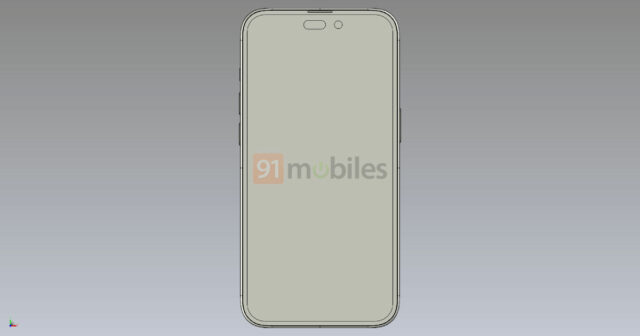 Up until today, we had only seen iPhone 14 Pro renders based on rumours — but a fresh report brings us the first 3D CAD renders from 91mobiles. Apple is widely expected to release four new iPhone models this year in the form of two 6.1-inch and 6.7-inch models, while the ‘mini’ will be apparently dropped.

The leaked renders corroborate several previous rumours, clearly showing that Apple plans to do away with the notch and replace it with a hole-punch cutout alongside a pill-shaped cutout. The smaller cutout is expected to house the front-facing camera, while the wider pill-shaped one could be used to incorporate requisite hardware for Face ID.

Furthermore, the iPhone 14 Pro renders reveal that the device will have symmetrical bezels around the display, an earpiece at the top, volume buttons on the left edge, and the power button on the right. Its SIM slot and alert slider will sandwich the volume rocker on the left edge.

Over on the back, the device will have a square camera island with three sensors, an LED flash, a microphone, and a LIDAR sensor. Lastly, the bottom edge will house the main speaker grille, primary microphone, and a lightning port. 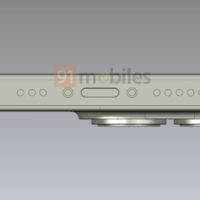 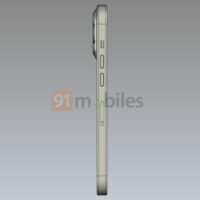 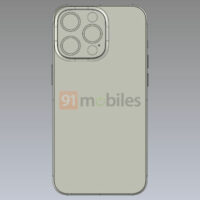 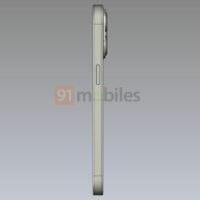 All buttons and ports are seemingly the same between the iPhone 13 Pro and 14 Pro and the key takeaway here is that we might not get circular volume buttons and the phone still has a SIM card tray, which refutes rumours that had indicated that some models would be eSIM-only.

There was also chatter that the iPhone 14 Pro would be thicker and that this would allow Apple to flatten the camera bump considerably, but the renders indicate that rumour was also inaccurate. If anything, the camera bump looks a little thicker.

91mobile‘s sources also claim that the iPhone 14 Pro will pack the same 6.1-inch display as its predecessor. However, they don’t shed more light on its specifications. We expect to learn more about the device in the coming months, and we’ll make sure to let you know as soon as we have more details.