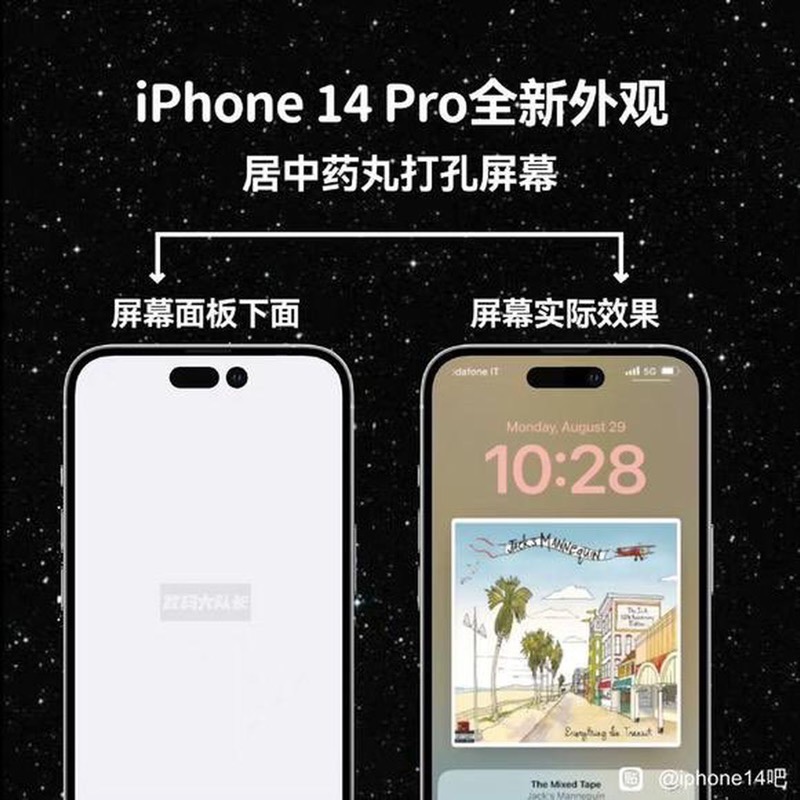 According to MacRumors, an unnamed tipster has shared what claims to be the aesthetic of Apple’s iPhone 14 Pro front cutout when your display is on.

The tipster says the pill and hole cutouts will show as one uniform “longer pill shape” when your iPhone 14 Pro screen is on, instead of showing two separate cutout areas.

This would mean the display pixels between the Face ID hardware and FaceTime camera would be turned off, resulting in a uniform pill shape, instead of two separate yucky cutouts. Check the image above for more details.

The MacRumors report was corroborated by Bloomberg’s Mark Gurman, saying, “This is true. It looks like one wide pill shaped cutout. Having that separation would look odd during use.”

The idea of a single pill-shaped area is a welcomed one. Distinguished camera and Face ID cutouts would just look bad on an iPhone when on.

Apple will hold its September special event on the 7th, so we won’t have to wait much longer to find out what they’re hiding for the iPhone 14 series smartphones.