The folks over at YouTube channel PhoneBuff have just published their signature drop test video of the latest flagship smartphone models from Apple and Samsung i.e. the iPhone 14 Pro Max and the S22 Ultra. 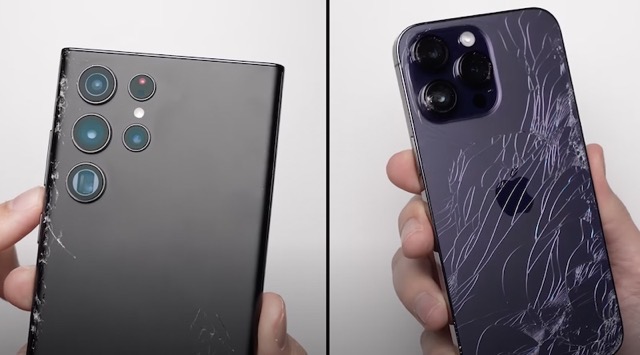 The two flagship models have been pitted against each other before as well, including a camera showdown in which the iPhone 14 Pro Max came out on top, with the phone wiping the floor with the S22 Ultra in seven of the 12 categories.

Similarly, YouTube channel Max Tech published a video in which you get to see how the two devices compare in terms of design, display, new features, speaker quality, productivity features, accessories, and more.

And now, let’s check out the drop test between the Apple iPhone 14 Pro Max and Samsung Galaxy S22 Ultra to see how durable they are when being dropped from 1.45m.

Today marks the official launch of Apple's iPhone 14 Plus. Rounding out the new family of Phones, preorders for the iPhone 14 Plus should be arriving to users around the world. However, for those that didn't pre-order, in-store pickup options are rolling out region by region. Currently speaking, if you navigate to Apple's website in...
Steve Vegvari
2 hours ago