“The role of a concept designer is not only to report all the rumors and transform them into something visual,” says ADR Studio designer Antonio De Rosa. 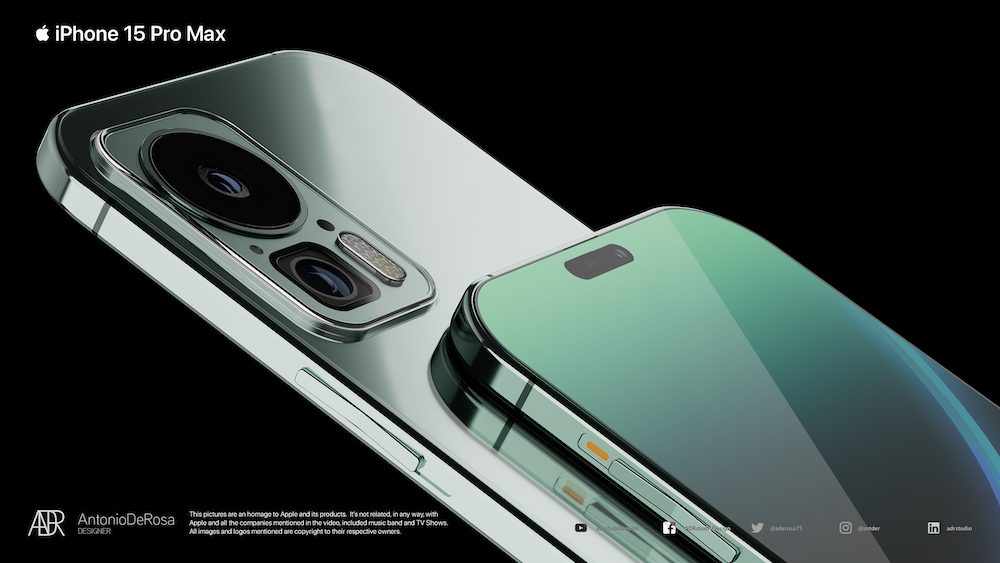 In his ‘iPhone 15 Pro Max’ concept, De Rosa has used an “out of the box” approach to envision how Apple’s 2023 flagship iPhone might look like.

Some of the main highlights of De Rosa’s iPhone 15 Pro Max concept are:

While the concept designer has previously shared images of his latest project, he has now released an “official launch video” of the iPhone 15 Pro Max.

@iPhoneinCanada The official video of the iPhone 15 Pro Max is here! [CONCEPT]

Check it out below and don’t forget to share your thoughts with us in the comments section.