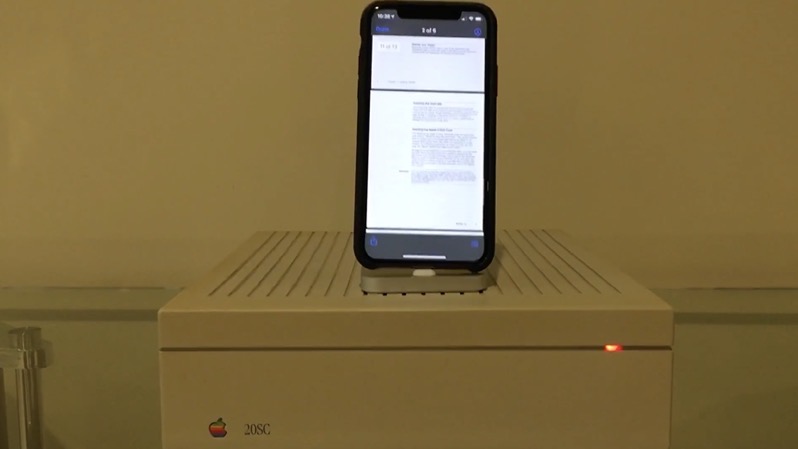 With iOS 13, the Files app was updated to let Apple users connect to an external hard drive or file server, right from the app.

This new feature means USB sticks and external hard drives would be able to connect to your iPhone or iPad with a Lighting to USB 3 Camera Adapter ($49 CAD).

While we’ve seen an iPhone connected to a 1990s Iomega USB Zip drive, what about connecting to a 1986 Apple Hard Disk 20SC?

Niles Mitchell did just that and send us the following video he put on YouTube demonstrating both Apple devices working together, yet 34 years apart. He used a SCSI 2 to USB adapter to hook things up.

He says the hard drive is “very responsive” and he was able to open up the hard drive’s PDF manual right on the iPhone, within the Files app. Take a look at the video below for a trip down memory lane: