15 years ago today, Apple launched the original iPhone 2G. To mark the iPhone’s 15th anniversary, YouTuber Luke Miani has shared a look at some of the earliest, rarest, and most valuable iPhone prototypes known to exist. 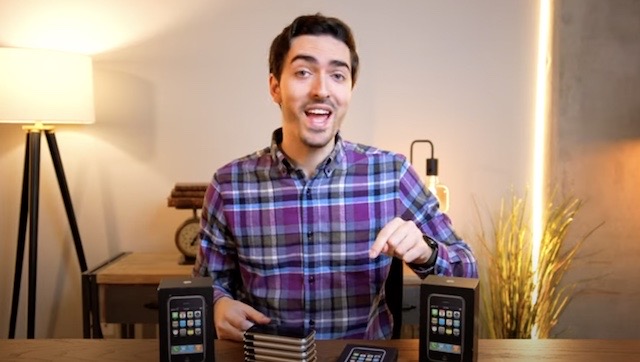 “This video features over one million dollars worth of iPhones. Today I’ll show you guys the history of the iPhone like you’ve never seen it before. Buckle up,” says Miani about his latest video.

According to Miani, each of the pre-release iPhones shown in his video are worth around $500,000 since they are quite rare. Two of the models even have part sourcing stickers still attached to their rear.

Texas Heart Institute researchers studying the use of Apple Watch in helping diagnose heart attack symptoms have just published their findings in the latest edition of the Texas Heart Institute Journal (via MyHealthyApple). According to the research, if the ECG function of the Apple Watch could provide a reliable analysis of myocardial infarction (MI) risk when...
Usman Qureshi
16 hours ago