It looks like the internetz has found a very early concept design of the next iPhone, the iPhone 5!

As seen by the image, the iPhone 5 includes such must-have features as washing your cat, enabling time travel, and preparing your taxes! Amazing!

The new iPhone 5 seems to come preloaded with so many amazing new apps but the new device reportedly does not include a phone!

So are you going to get the new iPhone 5? I know I am! 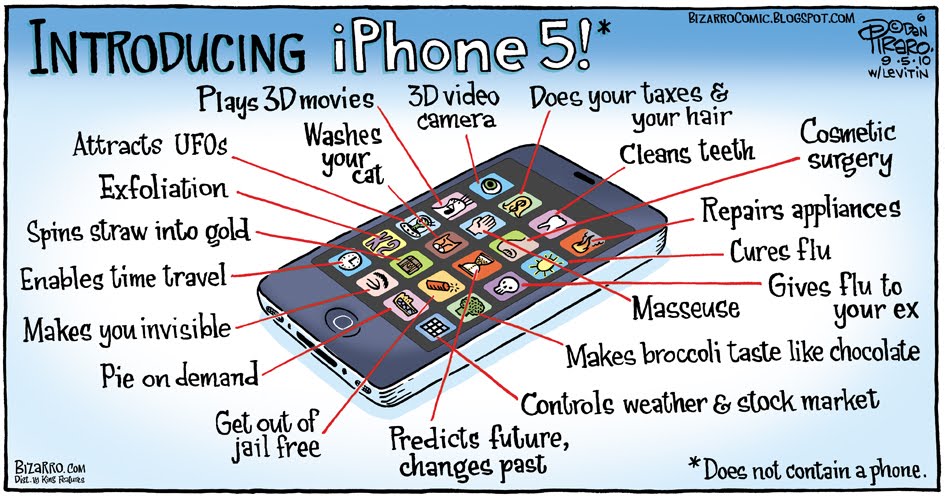