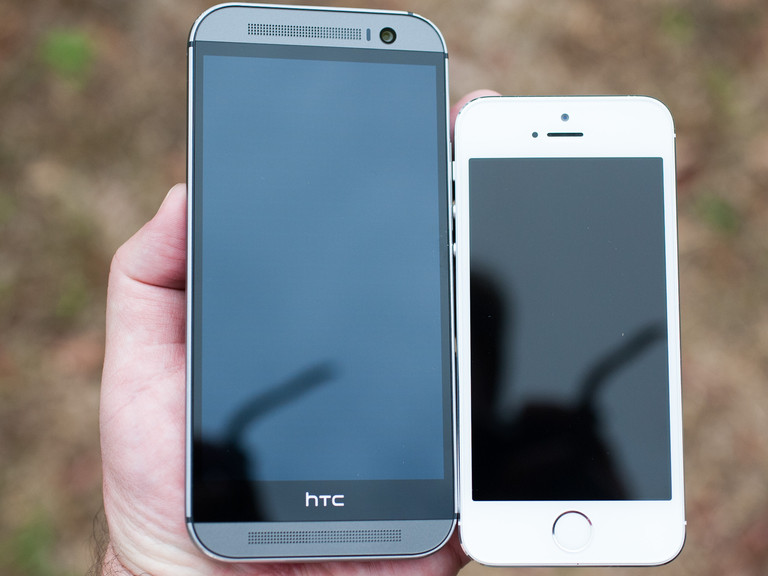 Taiwanese Android smartphone manufacture HTC has today announced its newest flagship smartphone with an old name i.e the HTC One (M8), and the folks over at iMore have already put up a quick video comparing it with Apple’s flagship iPhone 5s. Similar to the last year’s model, the new HTC One is also milled from a single piece of aluminum, though it still looks and feels quite different from the iPhone 5s.

“The stark disparity in size is the biggest differentiator here, of course. The iPhone 5s has a 4-inch display, while the new HTC towers over it at 5 inches. And that’s just the displays. The iPhone 5s actually stands 4.87 inches tall. The new HTC One? Nearly a full inch taller at 5.7 inches. The phones just feel different as well, and perhaps that has a lot to do with the size”.

Here’e the video comparison of HTC One (M8) and iPhone 5s: