Over at SnapSnapSnap, Lisa Bettany, the co-founder of Camera+, has again taken the time to compare the latest iPhone 6 camera to every single previous iPhone camera:

Each image is compared next to each iPhone iteration, and clicking on a strip shows the full-sized image. Below is an example of what the macro test looked like—the evolution from the original iPhone to the iPhone 6 is pretty significant: 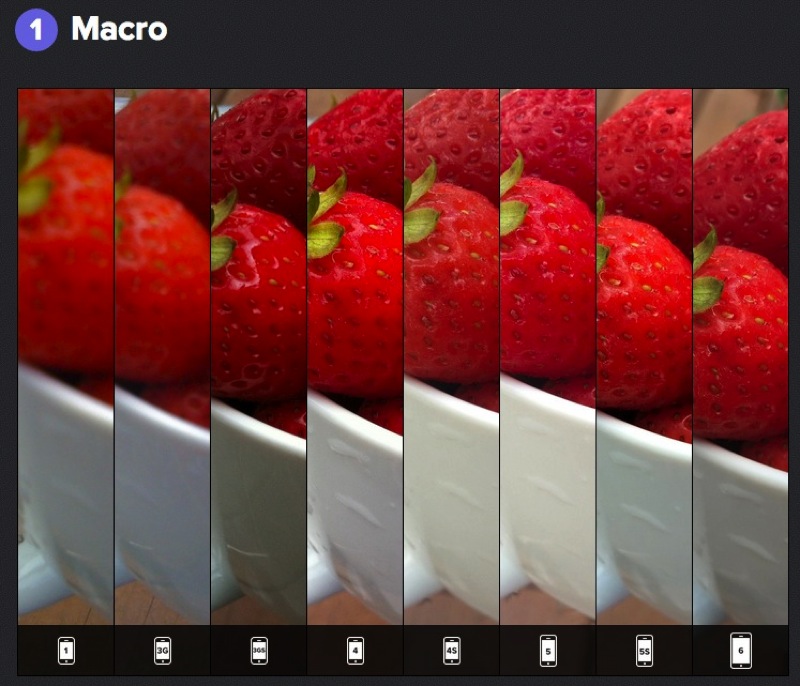 Other tests include a comparisons of images in backlit and daylight situations, along with portrait, sunset and lowlight tests.

Bettany tells us she setup each shot on a tripod, starting with the iPhone 6 then working backwards to older iPhones, with the whole shoot taking four days to in various lighting conditions. She was most impressed with the iPhone 6 and its new improved low light performance, as images appeared more detailed and sharper.

As for the missing iPhone 6 Plus camera in the comparison? Bettany says she tried to get one but couldn’t on launch day; more importantly, she said the iPhone 6 Plus “is in no way stealth and I’m fairly certain I could not hold it in my tiny girl hands.” Fair enough!

As for Camera+ 6, Bettany says its set to go live in the App Store on Thursday (Update: not Wednesday), and will bring with it a whole bunch of new manual controls and a redesigned user interface. Check out the sneak peek below: