Apple announced today their new 4.7” iPhone 6 and 5.5” iPhone 6 Plus. The company also announced both models will launch in Canada as part of the first wave of countries on September 19. The Canadian pre-order date is this Friday, September 12. 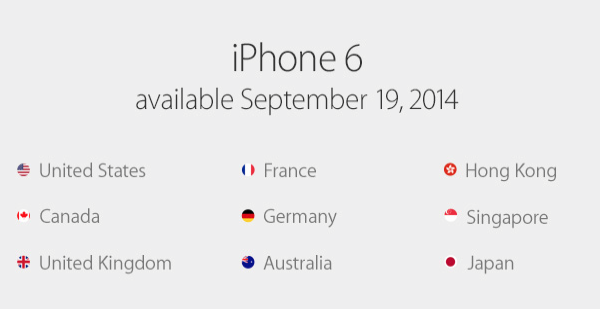 Two year contract pricing for the US is as follows:

As for pricing here, based on what we’ve seen over the past few years…we’d guess it would be $30 more on contract here in Canada (the entry iPhone 5s was $229 at launch on Rogers, Telus and Bell).

Unlocked pricing is going to be more expensive for the iPhone 6 Plus by a $100 per model we’re guessing, compared to last year’s starting price of $719.