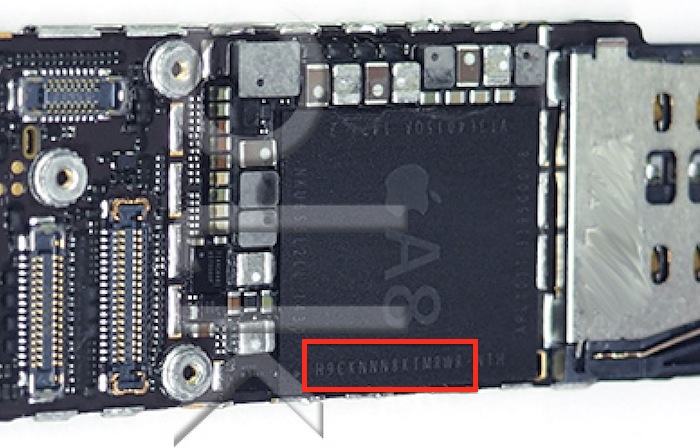 A leaked logic board from the 4.7-inch iPhone 6 has revealed some useful information, including an A8 chip with 1 GB of LPDDR3 RAM and 16 GB flash storage, suggesting that Apple may offer a 16 GB option at the low end and introduce a 128 GB model at the high end for one or both of the rumoured iPhone 6 versions (via MacRumors).

“An assembled logic board from the 4.7-inch iPhone 6 has revealed a number of pieces of information already, and it appears from one of the photos that the A8 chip on the board does indeed include 1 GB of LPDDR3 RAM.

A silk-screened part number on the A8 reveals that the package-on-package contains Hynix RAM. Based on Hynix’s part number format, the character in the eighth position reveals the amount of RAM in the package, with an “8” denoting 8 Gb (1 GB) and a “B” denoting 16 Gb (2 GB)”. 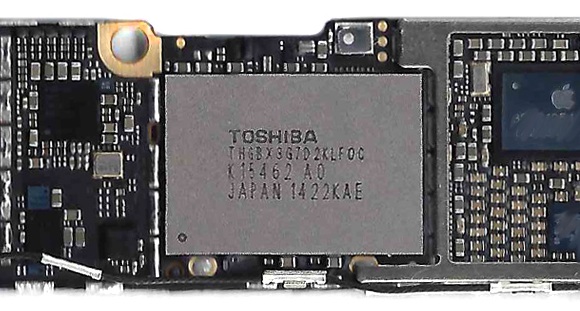 Earlier today, a new set of photos from Feld & Volk and Sonny Dickson confirmed the presence of an NFC chip on a leaked logic board of the 4.7-inch iPhone 6, confirming the Cupertino giant’s entrance into the fast growing world of mobile payments.

There are less than two weeks until the official release of the iPhone 6.

Amazon announced an all-new Alexa experience built just for kids today, with the launch of Echo Dot Kids. Echo Dot Kids come with Owl or Dragon designs and a 2-year worry-free guarantee. If your speaker breaks, Amazon will replace it. Also included are parental controls (time limits; explicit lyric filtering) and one year of Amazon […]
Gary Ng
25 mins ago

[caption id="attachment_382288" align="aligncenter" width="1920"] Image: @OnLeaks and @Smartprix[/caption] Samsung's upcoming flagship smartphone, the Galaxy S23 Ultra, has just leaked in high-resolution renders that reveal its design and more. The leaked renders come from Smartprix and known tipster @OnLeaks. Samsung is months away from actually unveiling the Galaxy S23 series, which is being developed under the...
Nehal Malik
38 mins ago