iPhone 6 Accounts for 24% of All iPhones in the US and China: Report

Strong demand for the iPhone 6 and its bigger brother, the iPhone 6 Plus, has pushed the adoption rate of the latest devices to a combined 24% in both the US and China, according to the latest report from Kantar Worldpanel Comtech.

Since last September, 32% of iPhone owners have upgraded their “old” devices. Of those, 47% replaced it with an iPhone 6, and 16% opted for the iPhone 6 Plus, the report says. This compares to the previous year, when the upgrade cycle looked like this between September 2013 and July 2014: Only 22% of iPhone users decided to upgrade, and, of those, 44% opted for the iPhone 5s and 17% for the 5c.

Looking at the Chinese market, Kantar has found that since September, 18% of iPhone owners have decided to upgrade, of whom 29% switched to an iPhone 6, and 24% to an iPhone 6 Plus. This compares to only 12% of iPhone upgrades reported a year ago, when 35% of users opted for the iPhone 5s, and 5% acquired the 5c.

The above data suggests that Apple has an ample opportunity for upgrades in the holiday quarter of this year and in 2016. Of course, upgrades won’t just come as new models, but with the “older” models as well, since the iPhone 6 and 6 Plus will see a price drop, as in every year Apple releases a new device. 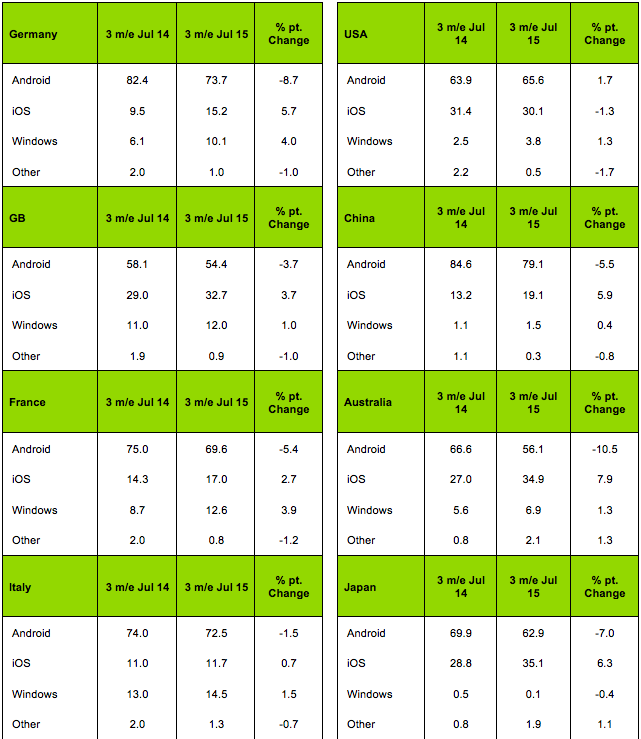 Food delivery service DoorDash has today announced a major change to the way it charges commissions to Canadian restaurants with a new, tiered model (via BNN Bloomberg). The company says its new tiered commission system will offer restaurants more "flexibility" and help them take advantage of digital growth opportunities. "Part of the thinking ... was to...
Usman Qureshi
37 mins ago