Feld & Volk, a luxury maker of customized iPhones, has shared new images of what claim to be parts from the upcoming iPhone 6.

The images (via MacRumors) show off recessed volume button cutouts (which falls in line with rumours of the second generation iPad Air sporting the same) and also an embedded metal Apple logo, which appears to be similar to what we have seen from the original iPhone.

Feld & Volk says the Apple logo metal appears to be very scratch resistant, which could hint at signs of it being made by liquidmetal, the same material Apple tested to make their SIM ejector tool for the iPhone 3GS back in the day.

The following screenshot is from a previous Feld & Volk video showing off an alleged iPhone 6 rear shell. The cutout Apple logo is supposed to fit the metal logo we see above: 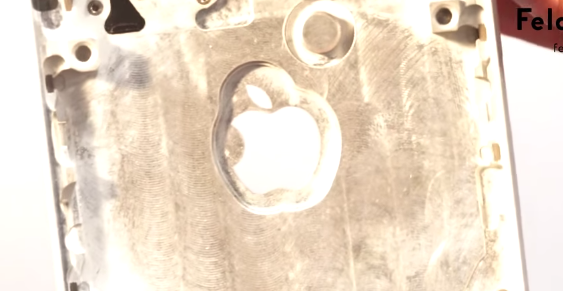 Another image claims to be a camera ring for the iPhone 6, measuring 6.66 millimetres in diameter. With the iPhone 6 design looking to be thinner than the iPhone 5/5s, camera optics might pose a problem, and could stick out from the body, similar to what currently resides in the iPod touch. 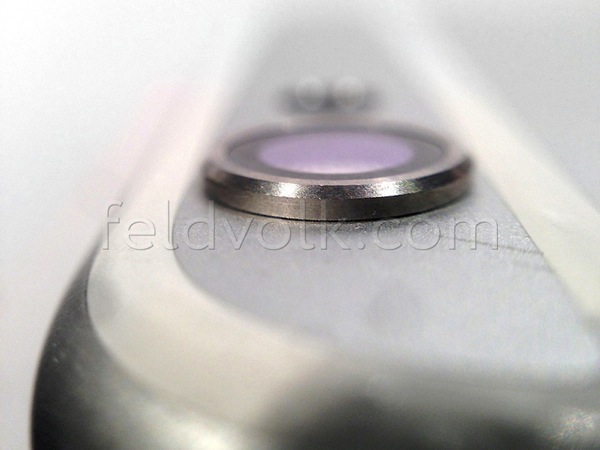 The debate is whether this protruding ring is for the 4.7-inch or 5.5-inch iPhone 6 (and if it’s even real). Rumours point to a possible 13 megapixel Sony CMOS sensor being implemented. I can’t imagine Apple releasing an iPhone with a protruding camera ring (yuck). Seriously.

A last image was shared of an unknown flex cable and also images of the iPhone 6 rear shell with cutout Apple logo—which we’ve already seen before. 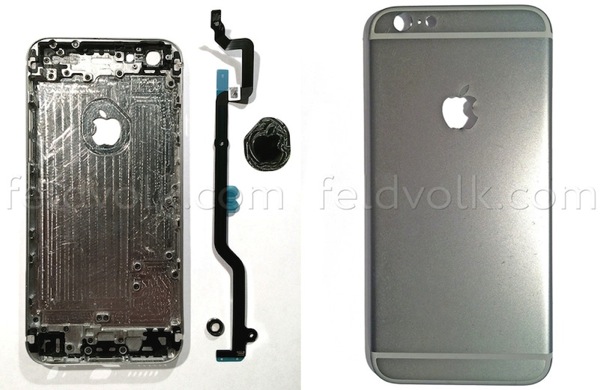 Apple is set to announce its iPhone 6 at a media event on September 9, according to Re/code (there’s a 99% chance this will happen).