Chinese site Futuresupplier (via NowhereElse) has shared some images of what they claim to show the real shell of the iPhone 6c. The device is rumoured to be launching sometime this fall, continuing Apple’s “cheaper” line of handsets, the iPhone 5c. 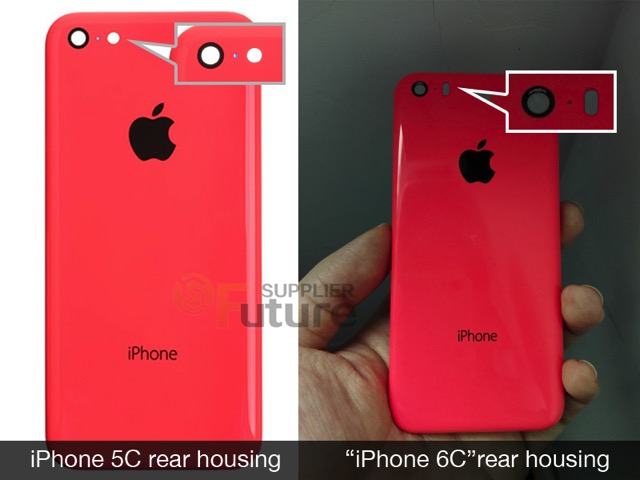 As you can see from the above image, the rear shell looks similar to that of the iPhone 5c, but there are two notable differences: First, there is the pill-shaped flash cutout, which is specific to the iPhone 5s. 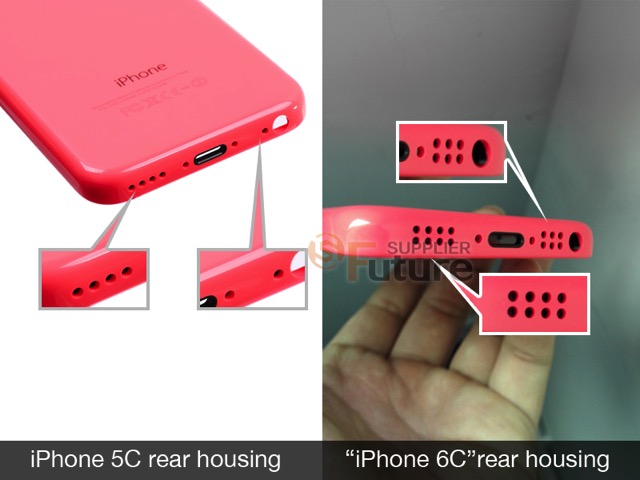 The second difference that immediately captures attention is the speaker grill: The alleged iPhone 6c rear shell has two rows of speaker grilles.

The leak suggests two things: (1) rumours of a new, 4-inch iPhone could be true, and (2) the forthcoming device could include the internals of the two-year-old iPhone 5s at launch, which is said to be the fall of 2015.

The latter could make sense: Apple launched the iPhone 5c as a new phone but actually used the internals of the year-old iPhone 5 in a plastic shell. What is interesting, though, is the idea of launching a colourful iPhone (again) after Tim Cook admitted that iPhone 5c sales were lower than expected because Apple had anticipated different demand.

Does that change with the launch of the Apple Watch? If the rumours are true, Apple seems to be betting on it.