Now, it appears that alleged leak may actually be true, if the battery capacity shown in Apple’s iPhone 6s product video holds true, as spotted by an eagle-eyed PhoneArena reader: 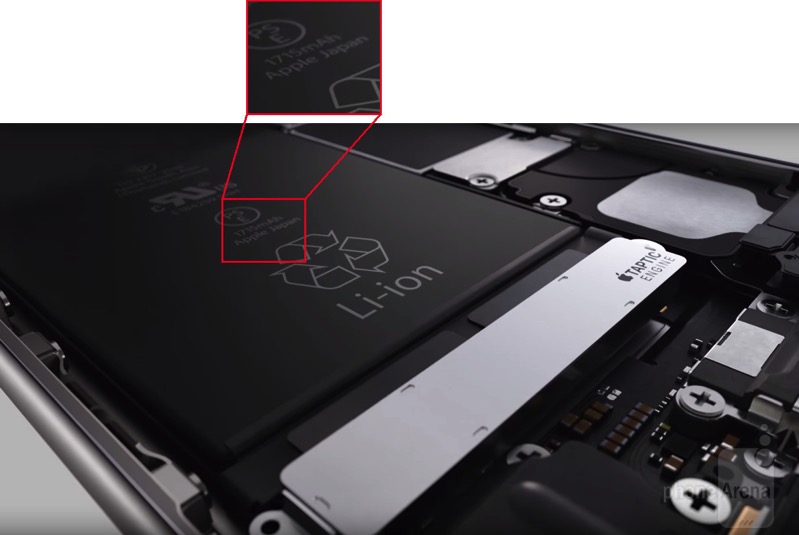 The battery flyover can be seen at the 2:53 mark of the video below (make sure you’re watching in 1080p HD):

iPhone 6s and iPhone 6s Plus battery life numbers reported by Apple are the same as last year’s models, which in this case for the former, it’s 14 hours of talk time, 10 hours of LTE browsing, 11 hours of HD video, 50 hours of music/audio and up to 10 days on standby.

The smaller capacity may not make a difference with iOS 9’s optimizations such as the new Low Power Mode, which has been noted to reduce CPU usage by 40 percent to extend battery life. We’ll find out soon enough when iFixit performs their annual launch day teardown of Apple’s latest iPhones.

The AI-driven chatbot GPT-3 from OpenAI has passed the final exam for the Wharton School's Master of Business Administration (MBA) program, NBC News is reporting. University of Pennsylvania professor Christian Terwiesch, who authored the research paper "Would Chat GPT3 Get a Wharton MBA?," said the bot scored between a B- and B on the exam. The bot's...
Usman Qureshi
36 mins ago

Designers from all around the world entered Freelancer.com's global design contest offering $500 AUD to the best conceptualization of Apple's upcoming AR/VR headset, expected to be unveiled in 2023. After receiving numerous submissions, Freelancer.com chose a detailed render created by Ahmed Chenni, a freelance 3D artist from Ain Azel, Algeria, as the winner. “Our contests...
Usman Qureshi
52 mins ago

Samsung announced on Wednesday its Samsung Wallet will be coming to Canada, by the end of January. “When Samsung launched Samsung Wallet last year, we committed to building the experience through open partnerships with our business and service providers and ensuring access to the platform for as many people as possible,” said Jeanie Han, EVP […]
Gary Ng
1 hour ago