One of the major enhancements Apple made with iOS 9 was to improve battery life: It added 1 more hour before charging was necessary. But that’s only the tip of the iceberg: iOS 9 also includes a new feature called Low Power Mode — currently limited to iPhones — which lets users gain an additional three hours of battery life. Of course, as explained by Apple, this comes at a cost: It will reduce the performance of your iDevice. To find out by how much, MacRumors decided to test it.

When your battery life approaches a critical level, you’ll be prompted to activate Low Power mode. When it’s on, it reduces the clock speed of the processor and cuts some background activities, such as limiting Mail fetching to manual, etc. 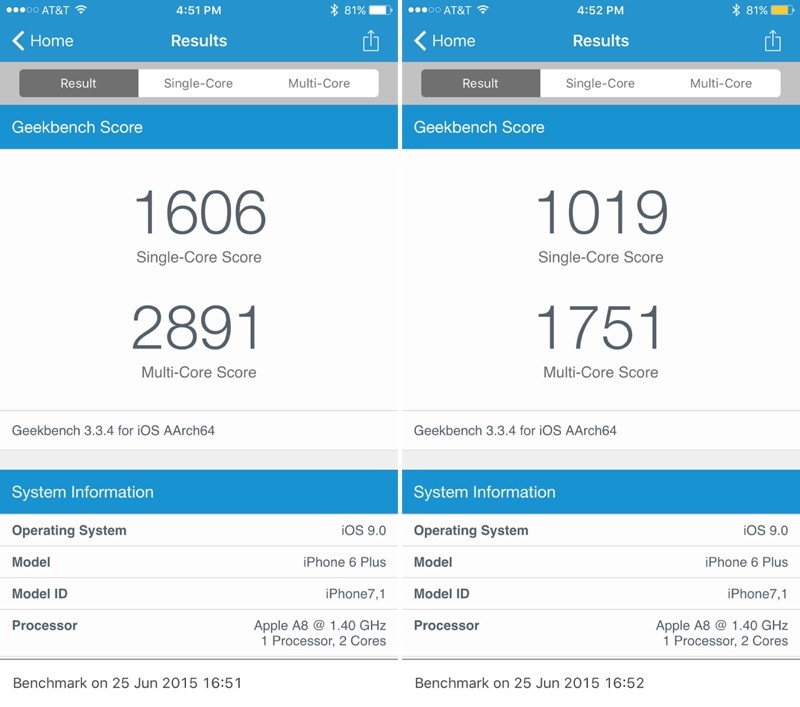 iOS 9 was introduced earlier this month at the annual WWDC and will be available this fall.