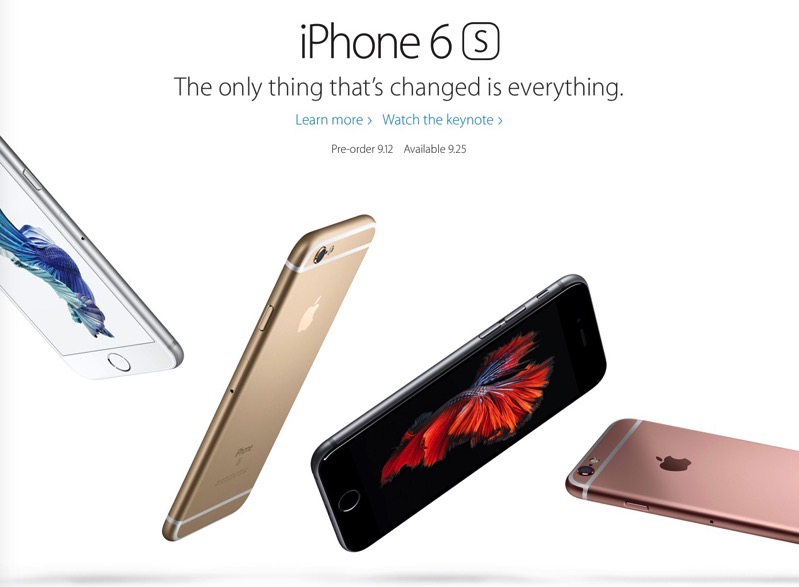 Again, for those just tuning in, unlocked prices start at $899 for the entry iPhone 6s and $1029 for the iPhone 6s Plus.

Two-year contract pricing starts at about $399 for the entry iPhone 6s and $529 for the iPhone 6s Plus. Our lower Canadian dollar has increased prices locally, so the “S” upgrade this time around will take a bigger bite of your wallet.

If your iPhone 6s pre-order has an estimated ship date of 9/25, you should expect a visit from UPS or FedEx today. It’s going to be a busy day for deliveries so have some patience.

For those out East, you probably have your shiny new iPhone 6s or iPhone 6s Plus by now. How is it? Share your first impressions with everyone below in the comments.