Apple’s decision to use two different A9 CPUs for the iPhone 6s and iPhone 6s Plus appears to have created the mandatory controversy the media expects around the company’s smartphone launches (think: antenna-gate; bend-gate, etc).

Yesterday we shared how you can determine which A9 CPU is inside your iPhone 6s, and now YouTube channel TLD Today has performed unscientific casual tests to see if there are any performance differences between the TSMC and Samsung A9 CPUs in real-world usage.

Channel founder Jonathan Morrison had five iPhone 6s models on hand, with two of them being the ‘dreaded’ Samsung version. He put both versions of the phone through a time-lapse video test, 4K video recording test, an export of the 4K clip in iMovie (the Samsung chip was 4 seconds faster), Geekbench and GFXBench Metal (both had 39.9fps). 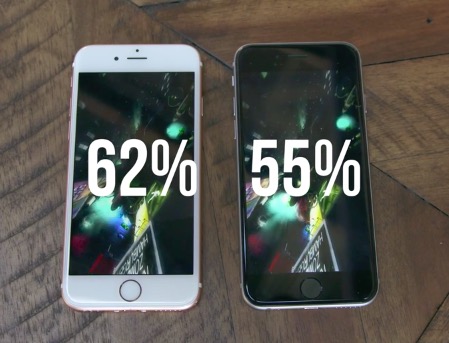 But in the end, the TSMC iPhone 6s had 7% more battery life compared to the Samsung iPhone 6s. So one could conclude again the TSMC version has slightly better battery life as we have read about so far.

YouTuber Austin Evans does a good job explaining the differences between the TSMC and Samsung A9 CPUs and also conducted his own tests between both chips. He similarly concludes the TSMC version brings better battery life under heavy use:

Is the slight difference in battery life between the TSMC and Samsung A9 a deal breaker for you?