As previously reported, the A9 processor of the iPhone 6s and 6s Plus were dual sourced by Apple from Samsung and TSMC. However, the differences between the two chips was not evident before, though some fans assumed the smaller 96mm² by Samsung would be the superior chip. Turns out, the TSMC A9 has approximately 2 hours better battery performance than the Samsung chip, as confirmed by results of several tests conducted and reported by users via forums on Reddit and MacRumors (via Engadget). 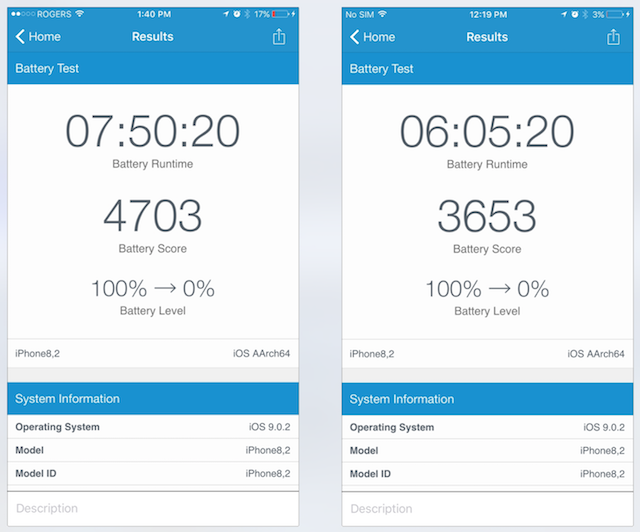 An unsigned program by a developer named Hiraku Jira (download and install at your own risk) lets you identify which chip is in your iPhone 6s or 6s Plus, and is also charting the results of everyone who tests their device. The source notes that 70% of 6s phones have the TSMC processor while only 40% of 6s Plus phones have the TSMC inside.

You can also identify your processor though a free app called Lirum Device Info Lite directly from the App Store (UPDATE: Lirum Free has been pulled; try this app instead). Simply open the app and look at the main page under “Model” the results are:

So guys, did you get your iPhone 6s with the good A9 chip or the (relatively) bad one?