Okay, looks like Reserve & Pick Up is an option for iPhone 6s pre-orders. Start your order through the Apple Store iOS app (or website), select your model, colour and capacity. Once you’ve done that, a link appears that says “Check reservation availability”—click this and it will direct you to Safari to set your Reserve & Pick Up for the model configuration you just chose: 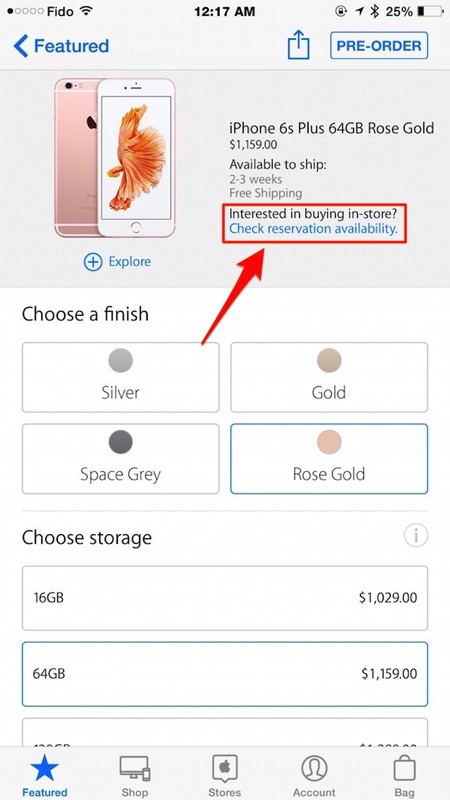 The link on the web shows the following, where you’ll get to select the Apple Retail Store of your choosing: 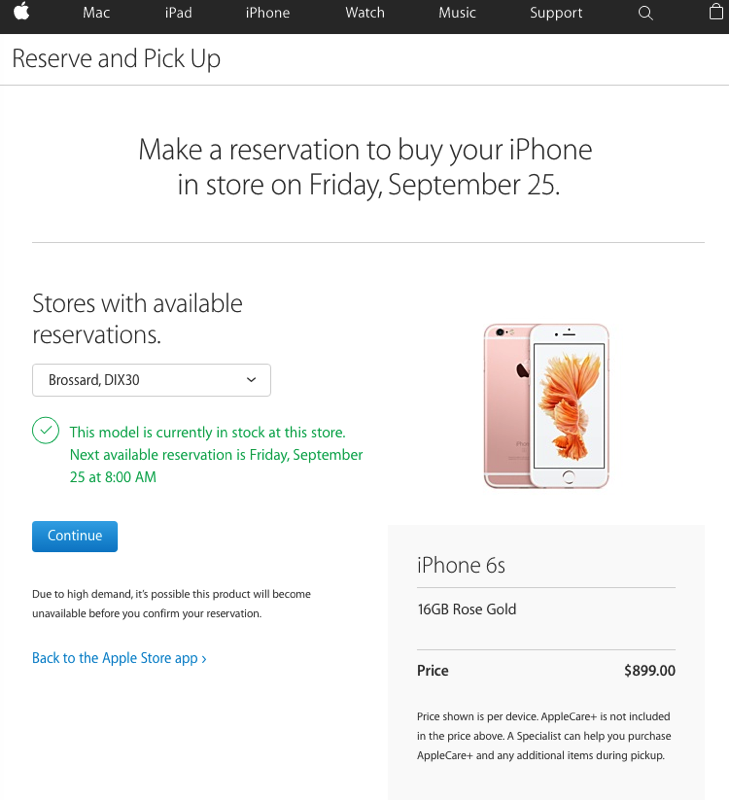 After you click ‘Continue’ you’ll be asked to sign in to pick up in-store. If you have two-step verification, it’ll ask you to verify your identity.

Next, you’ll be asked to seek what reservation you want, from either an unlocked iPhone 6s or one with your carrier. Looks like Apple has added the carrier option this time around. Once you verify your contact info, click ‘Confirm Reservation’ and you’re all set! 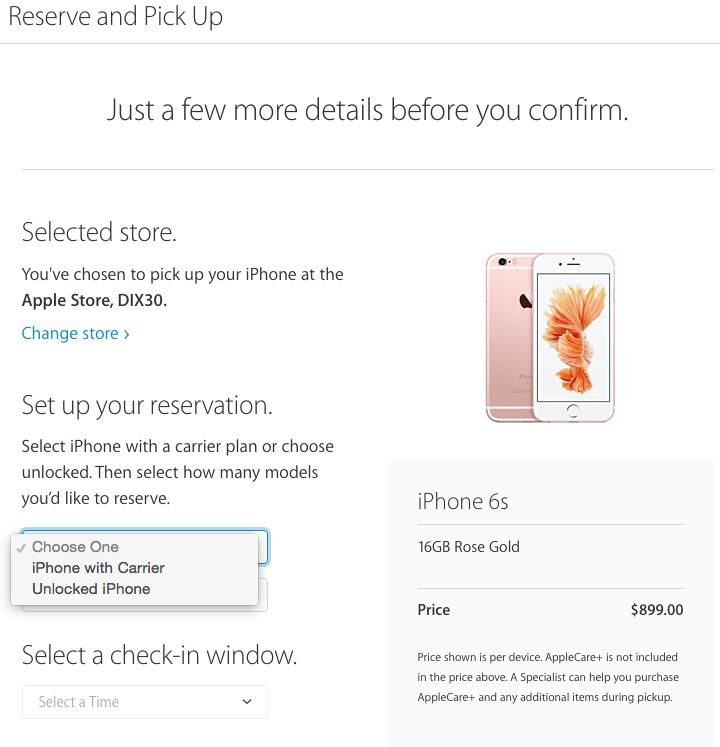 If you were able to reserve a device, you’re pretty much guaranteed to get one when you’re notified to pick it up. Also, you’ll be able to wait in a separate line on launch day.

Let us know if you were able to setup a Reserve & Pick Up for your iPhone 6s!