Having trouble nabbing the iPhone 6s or iPhone 6s Plus model of choice via Apple’s Reserve and Pick Up page? Well, your problems will now be (again) solved thanks to our friend Ashwin Balu.

Last year, he wrote code to create a real-time inventory tracker for iPhone 6/6 Plus reservations, and this year he has released an updated version for the iPhone 6s and iPhone 6s Plus. That’s right—iPhone 6s inventory across Canada is being tracked in real-time just for you.

The tool is really easy to use. Just select the models you want to track plus your Apple Store locations. Once stock becomes available, you’ll hear a loud beep from your computer speakers. This is your alert to start making a reservation.

For example, below is a quick example of current Rose Gold iPhone 6s and iPhone 6s Plus Reserve and Pick Up stock in Canada right now: 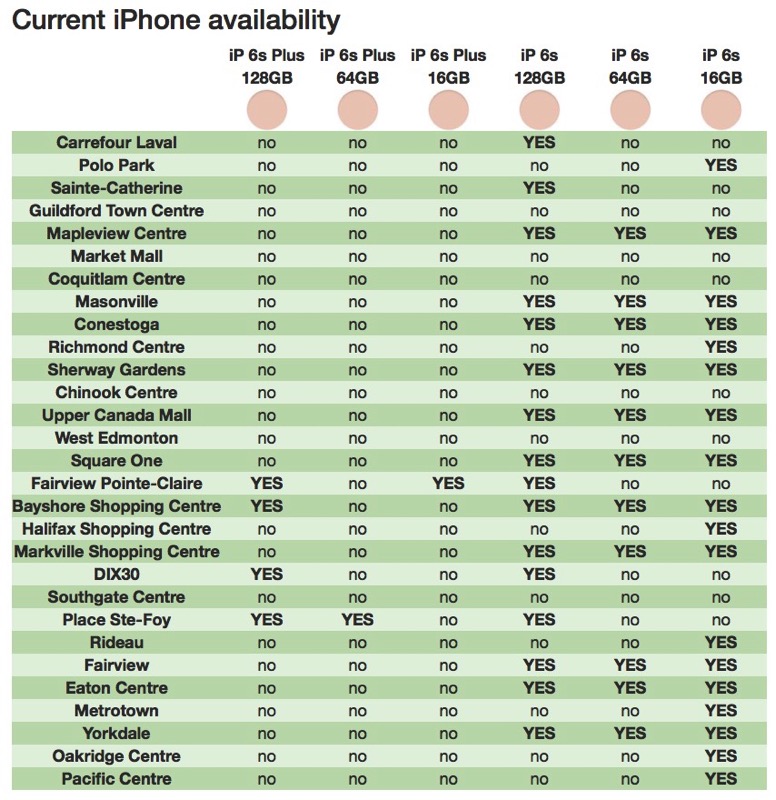 Ashwin explains this time around, there is a lot more iPhone 6s Plus stock around compared to last year’s iPhone 6 Plus shortage, and it shows. Thanks Ashwin for updating this tool for Canada!

Amazon has announced it’s holding another shopping event for Prime members only, set to take place on October 11-12. The news confirms previous reports a second Prime Day-like event was coming this fall. The online retailer is calling the event the Prime Early Access Sale, a two-day global shopping event that’s only for Prime members. […]
Gary Ng
47 mins ago