If you’re still trying to nab an iPhone 6 or iPhone 6 Plus, but keep missing out from Apple’s Reserve and Pick Up page, iPhoneinCanada.ca reader Ashwin Balu has created a real-time script to track inventory for each retail location across Canada: 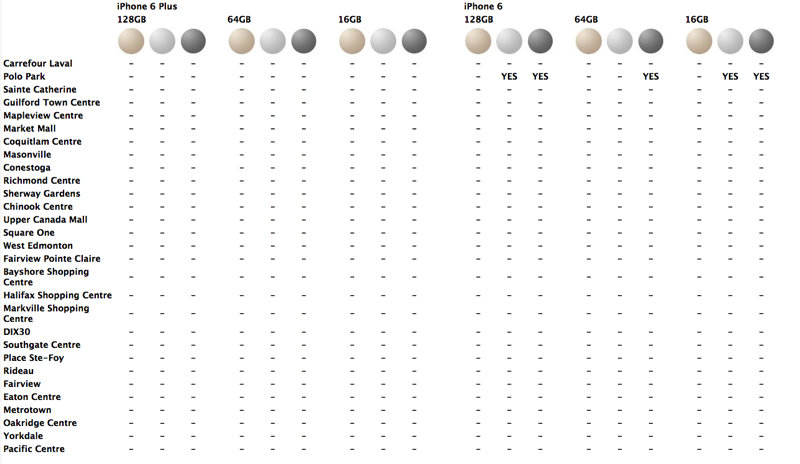 Ashwin tells us he created the page after he was having trouble landing an iPhone 6 and iPhone 6 Plus reservation. He made it for his friends to use and now he’s sharing it with us—thanks dude (he’s not making money off the site either)! If the page has helped you, send him a quick thanks via email at: im_ashwin[at]hotmail.com.

You can visit the real-time tracking page by clicking here.

Update: the site is down for maintenance–in the meantime, try this link instead.