NBA superstar Steph Curry from the Golden State Warriors has been featured in yet another iPhone 6s ad, featuring Live Photos:

The iPhone 6s is here, and the only thing that’s changed with the camera is everything. Because now you can shoot amazing Live Photos. Bringing every moment, big or small, to life with just a touch.

What’s the link between Curry and the iPhone maker? Apple SVP Eddy Cue is a longtime Golden State Warriors fan, and was seen extensively courtside during the team’s championship run. Cue also helped launch the rollout of Apple Pay at the Golden State Warriors team store inside Oracle Arena earlier this March. 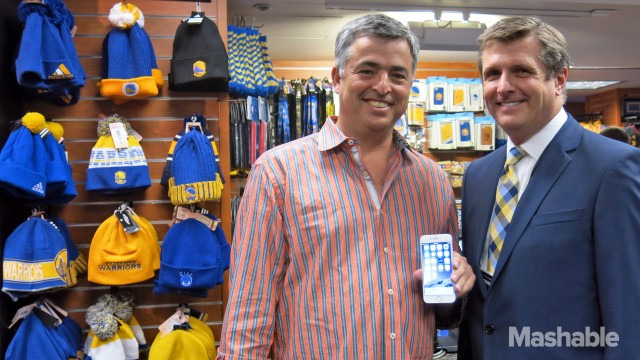 Given Cue’s close ties with the team, it’s only natural Steph Curry would be asked to be featured within an iPhone 6s ad.