Apple’s iPhone sales have been up year-over-year in most regions of the world for the three months up to July, according to Kantar Worldpanel ComTech’s report released today. And the news will sit well with Apple, which is about to announce new iPhones tomorrow.

As it turns out, the iPhone SE, which was introduced earlier this year, has played a key role in achieving year-over-year growth across a number of regions, according to Lauren Guenveur, Consumer Insight Director for Kantar Worldpanel ComTech. “In the US, iOS accounted for 31.3% of smartphone sales in the three months ending July 2016, a 1.2 percentage point increase compared to the same period a year ago,” she added. 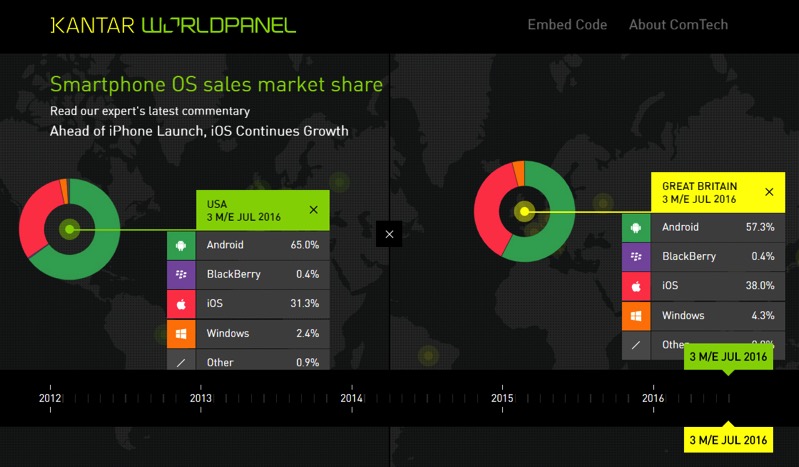 The iPhone 6s remains the most popular handset with an 11% share of the market, a trend the market research firm expects to continue through the launch of the iPhone 7 and 7 Plus. That means a price cut for the year-old iPhone 6s and 6s Plus, and a good incentive for people to upgrade their current smartphones.

“Interestingly, the iPhone 6, which is approaching the end of its expected lifecycle, is still the sixth best-selling phone in the US, achieving 4.1% of smartphone sales in the latest period.”

In China, the iPhone ranked as the third most popular smartphone behind Huawei (#1) and Xiaomi (#2).