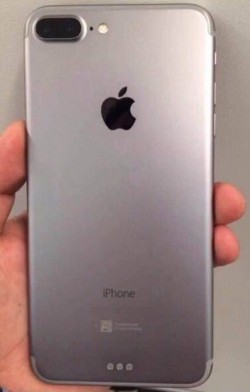 Previously, KGI Securities analyst Ming-Chi Kuo has claimed that Apple may release two different models of the ‘iPhone 7 Plus’, one with a single lens camera to match the iPhone 7, and a second “Pro” model with a dual-lens camera. However, a new report from the analyst seems to suggest that Apple will only ship a single iPhone 7 Plus model, featuring a dual-lens camera and 3GB of RAM for increased image processing demands, MacRumors reports.

“In a previous report, we said the new 5.5-inch iPhone model (referred to as iPhone 7 Plus), to be launched in 2H16, may come in two versions: one with rear single-camera and the other with rear dual-camera. However, we now believe Apple (US) will only roll out the dual-camera version in 2H16, with 3GB RAM to meet image processing requirements, and we estimate shipments of this model in 2016F of 20-30mn units”.

The analyst has also noted in today’s report that no significant supply bottlenecks affecting production of the dual-camera iPhone 7 Plus are expected. However, due to the design constraints, Kuo believes optical zoom capabilities will be limited, something that has previously been rumoured for the upcoming iPhone iteration.

Apple is expected to release two iPhone models in 4.7 and 5.5-inch sizes this year as well.